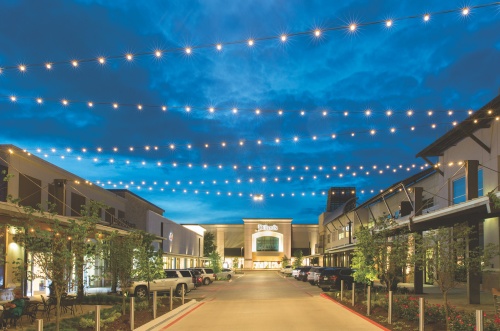 Hill Country Galleria announced Thursday that several new stores will be opening in the fall.

Show map
An array of new stores will open this fall in Hill Country Galleria in Bee Cave, the shopping center announced Thursday.

Athletic apparel company Lululemon will be opening a pop-up store located next to Everything But Water. It is slated to open in late September, according to the statement from Hill Country Galleria.

GOGA Goat Yoga, a yoga experience featuring baby goats, is opening its first physical studio at the Galleria near Chisos Grill. GOGA will open for goat yoga classes starting in August and will expand to include full yoga studio offerings like hot yoga and other yoga styles by mid-fall.

Lanai, a locally owned women’s boutique, will open in October. The store will be located next to Bee Cave Coffee Company and will feature women’s apparel with a “vacation inspired” aesthetic, heavily influenced by the owner’s previous life in Hawaii, the statement said.

Eco-conscious footwear company TREDAGAIN will be opening its first store, located next to Panera Bread, at Hill Country Galleria in October. The Austin-based company manufactures shoes made with APX, a rubber substitute made out of car tires that have already gone through a full life cycle, according to the statement.

Local artist Chacasso will be opening his first gallery Flip’N Art across from H&M in early September. With a focus on “happy art, happy walls and happy prices,” Chacasso aims to bring an innovative business model to Austin’s art scene, according to the statement.