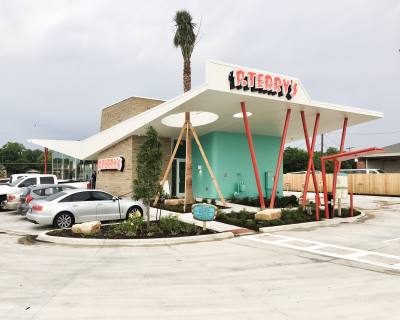 Show map
P. Terry's Burger Stand, located at 515 Springtown Way, opened its first-ever San Marcos location May 14. The grand opening comes after the family-owned, Austin-based burger restaurant held an exclusive preview on May 13 with Favor, a food delivery service. All of the proceeds from sales made during the preview, along with a matching donation from Favor, will be donated to the Hays-Caldwell Women's Center in San Marcos.

"We’re very excited to bring P. Terry’s to the good people of San Marcos,” stated P. Terry's CEO Todd Coerver in a May 13 press release. “We look forward to being a valued member of the community there for years to come.”

According to the release, P. Terry's will continue its service efforts by giving all of its proceeds from one Saturday every three months to a designated local charity.
SHARE THIS STORY