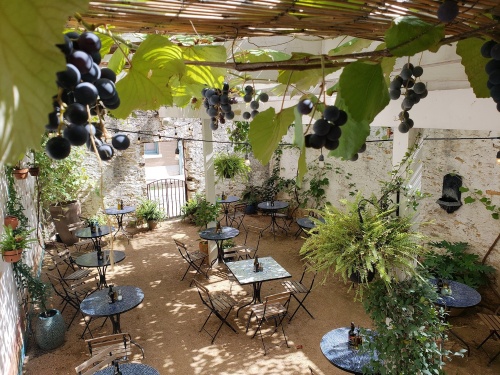 "We have inside seating as well as a beautiful courtyard with walls that are the oldest structure in San Marcos, dating back to the 1800s," said Amy Ramirez, the restaurant's owner.

Blue Dahlia Bistro serves breakfast, lunch and dinner items, including waffles, salads and sandwiches, along with desserts, wine and beer.