SLAB BBQ expands to include taproom and private dining area 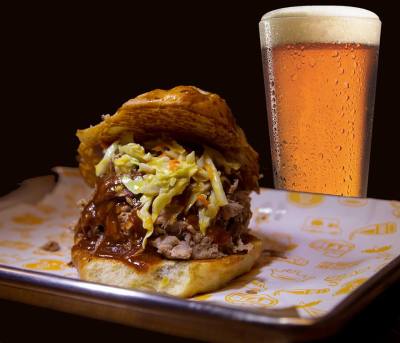 SLAB BBQ completed an expansion on its Oak Hill location in November 2017.

Show map
SLAB BBQ—a barbecue eatery offering sandwiches, specialty plates, sides and a variety of homemade sauces—completed the expansion of its Oak Hill location, 7101 W. Hwy. 71, Stes. E1 and E3, Austin, in November. According to co-owner Raf Robinson, the addition included a taproom featuring 12 beers on draft as well as a large selection of craft beers, cider and wine. A new private dining space can accommodate parties up to 40 people, and two large-screen televisions are also included in the private rooms for events such as watch parties or office meetings, Robinson said.