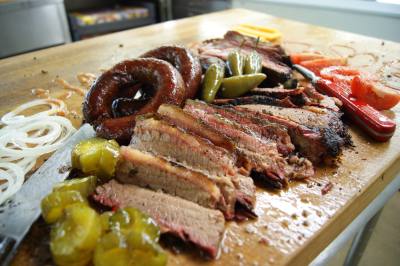 Hays Co. Bar-B-Que & Catering Co. is one of 10 Austin-area barbecue restaurants to be named to the Texas Monthly best barbecue list.

The restaurant will remain open throughout the construction, except for one or two weeks right before the restaurant moves into the new building. Hernandez said he anticipates holding a grand opening for the new facility after construction is complete. 512-392-6000. www.hayscobbq.com
SHARE THIS STORY