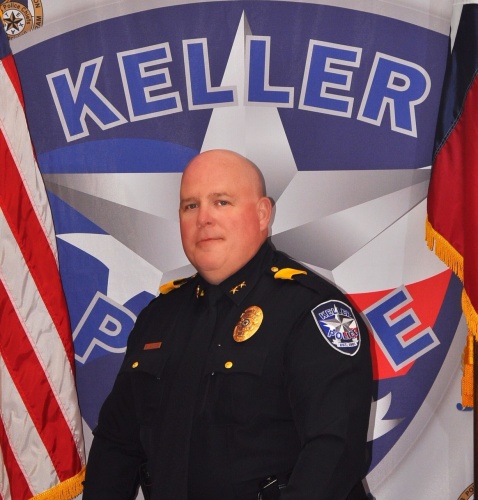 The city of Keller is bidding Police Chief Michael Wilson farewell after Wilson announced his plans to retire from his position, effective Nov. 1.

Wilson joined the Keller Police Department in 2001, advancing through the ranks to become lieutenant and then captain in 2013. He was selected as the new police chief in 2015 after former Police Chief Mark Hafner was promoted to City Manager, according to an Oct. 7 news release from the city.

“It’s been an honor and a privilege to serve the communities of Keller and Westlake for the past 18 years,” Wilson said in a prepared statement. The town of Westlake contracts with Keller for police and animal control services, according to Westlake’s website.

“The lessons and experiences I’ve had in my time here have positioned me well to close this chapter of my life and open a new one as I pursue my next professional goal of building a business from the ground up,” Wilson said in his statement.

During Wilson's time as police chief, the department obtained national re-accreditation at the highest standard in 2015 and 2018; Wilson oversaw implementation of new technology and department restructuring and helped the department earn the first national accreditation awarded to a regional 911 communications center in the state of Texas, according to the city.

“Perhaps most importantly, Keller maintained its ranking as one of the safest communities in Texas and the nation during Wilson’s time as chief, including achieving the city’s best crime stats in more than 25 years in 2016,” the news release said.

The process of finding Wilson’s successor has now begun. Hafner, the city manager, is working on identifying the best approach to lead the department through the transition and to hire a new police chief. Keller City Council, residents, police department staff and the city’s partner communities will all have the chance to get involved in the hiring process, according to the news release.

“I leave the city of Keller with a heavy heart, but I am excited about the opportunity that awaits me,” Wilson said in his statement. “We have built an incredible team and I am confident the Keller Police Department will weather this transition well.”