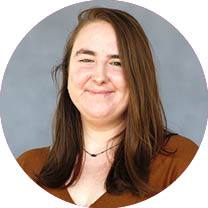 In a public meeting Dec. 6, the city of Tomball presented alternatives to the FM 2920 reconstruction project proposal presented in March. (Lizzy Spangler/Community Impact)

During a second public meeting Dec. 6 at Lone Star College-Tomball’s Beckendorf Conference Center, Tomball city officials presented alternatives to the FM 2920 reconstruction project, which spans from Business 249 to Willow Street. This comes after a March public meeting in which the project proposal was met with opposition from the public, Community Impact previously reported.

“We want to open it up back up again and allow the public to look at alternatives while still achieving our goals of better mobility, reduced crashes while also preserving the economic vitality in the corridor,” said Catherine McCreight, a senior transportation planner with the Texas Department of Transportation.

The FM 2920 reconstruction project, part of a larger TxDOT project that spans from Hwy. 290 to I-45, includes a median redesign, drainage, signal improvements and enchanted sidewalks, according to the city’s presentation.

“I expect alternative two or alternative three, really, to be one of them that gets picked,” Tomball City Council Member Mark Stoll said. “But what I like about tonight is that [people] can come, walk through, see the options, ask different people who are here questions, get answers to their questions.”

Tomball residents Robert and Brenda Allen said they came out to the public meeting because they were curious about what is happening in Tomball.

“I just wanted to come and see what they had planned,” Brenda said.

Brenda said her concern was the businesses downtown and making the streets safe for families and children.

“[TxDOT is] happy on [alternative] one, two or three,” Quinn said. “It depends on what the people’s votes are because there are pros and cons to all three.”

The third and final alternative plan includes raised medians at Sycamore, Walnut, Elm and Oak streets with the fact that Oak and Walnut streets would remain two ways an identified pro, according to the presentation. The city identified the raised medians and no north-south movement at Oak, Walnut, Elm and Sycamore streets as cons, according to the presentation.

“Hopefully we’ll get enough sheets turned in that we can find out what people really want,” Council Member Randy Parr said.

Following this second public meeting, a full report of the feedback gathered will be submitted to Tomball City Council, which will then decide how to move forward, Community Impact previously reported.

“I am going to listen to what the residents pick and vote accordingly,” Stoll said.

Residents can also submit feedback in an online survey or via email to Tomball Project Manager Meagan Mageo.

McCreight said the project development and implementation will begin once the city presents TxDOT with the preferred alternative.

“Once the city comes to us, we’re probably at minimum of two years out with design, environmental clearance, right of way,” McCreight said. “[We’re] probably more likely three years out in terms of having a set of plans that’s ready to go. But the money’s there. That’s always the biggest hurdle, and the money is there.”

The construction cost is projected to be $28.613 million with the city responsible for the project’s design, utility relocations and 10% of the right of way acquisition cost, according to the city’s presentation.