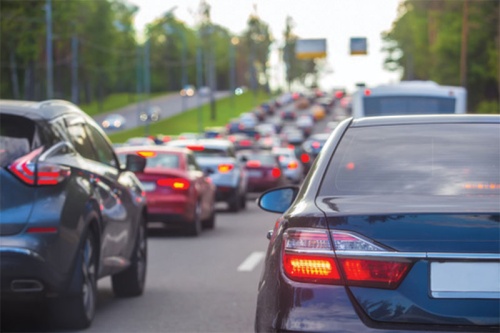 Several improvements, as well as a widening project, are planned for North Eldridge Parkway in the Tomball-Cypress area.

Several improvements are on the table for North Eldridge Parkway in the coming months to improve traffic and safety in the Tomball-Cypress area, Harris County Precinct 4 officials said.

Left turn lane extensions and traffic signal modifications will be implemented along North Eldridge Parkway, and the parkway will be widened between Spring Cypress Road and Westlock Drive in Tomball, Precinct 4 officials said.

Phil Garner, the co-owner of Fast Track Swimming—which is located along the proposed widening of the parkway—said the process of exiting his business and entering the roadway is typically a “consistent string of vehicles,” particularly where the two lanes merge into one just north of his business at North Eldridge Parkway and Treetop Hills Lane. This causes congestion and slowdowns, especially during peak commute times, he said.

“It’ll be a huge deal ... to have all the lanes opened up,” he said. “Everything about it I’m very excited about.”

The construction, which will take place between Clay Road in Cypress and Spring Cypress Road in Tomball, is part of a two-phase congestion mitigation air quality project—or CMAQ—by Precinct 4 and the Texas Department of Transportation, said Pamela Rocchi, the director of Precinct 4’s capital improvements project division.

The $4.3 million CMAQ project will include more than a dozen traffic signal improvements, several left turn extensions and additions, and a fiber interconnect system installation—which allows for better communication between traffic signals and improves traffic flow—Rocchi said. Precinct 4 will be responsible for just over $900,000 of the construction costs.

Construction on the CMAQ project began in early April and is scheduled to be completed March 22, 2020, barring unforeseen circumstances, which could include weather or utility relocations, Rocchi said.

Although the CMAQ project does not include widening North Eldridge Parkway, Rocchi said the precinct is also pursuing a separate project to widen the roadway between Spring Cypress Road and Westlock Drive in Tomball.

The project would widen this stretch from a two-lane asphalt section to a four-lane concrete pavement section, Rocchi said.

As the widening project is in the design phase, a finalized construction schedule and cost estimate is not yet available, Rocchi said. The county aims to bid the project for construction in the fourth quarter of 2019, she said.

“The combination of these improvements will help lead to an overall reduction of delays and increase safety for both motorists and adjacent property owners along the North Eldridge Parkway corridor,” Rocchi said in an email.