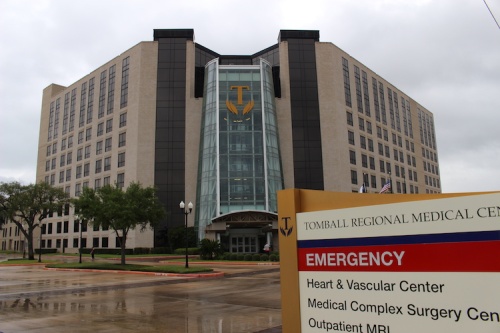 HCA Healthcare's Gulf Coast Division named Eric Evans as CEO of Tomball Regional Medical Center on Monday. The appointment is effective immediately, according to a statement from TRMC.

Evans was appointed by HCA Healthcare to replace interim CEO Brett Kinman at TRMC. Kinman will serve as chief operation officer of TRMC, according to a statement. He has served as interim CEO since former CEO Tom Jackson accepted an executive position at St. David's North Austin Medical Center in March.

“With Eric’s understanding of our clinical and quality initiatives, combined with his proven leadership skills, he is the right individual to lead Tomball Regional Medical Center, one of our recently acquired hospitals serving northwest Houston,” said Troy Villarreal, president of HCA Healthcare’s Gulf Coast Division.

HCA purchased TRMC and nine of its associated medical facilities in July.

According to a statement, Evans has worked with HCA healthcare for 22 years and in leadership positions since 2010.

“As we expand services at our 150-acre healthcare campus there [in Tomball], including cardiovascular services, total joint and spine care, and robotics technology, we are pleased to have Eric direct our efforts in meeting the healthcare needs of a rapidly growing community," Villarreal said in a statement.