A groundbreaking ceremony was held for the new district complex at Cypress Rosehill Road and the Grand Parkway in late May. This complex will house a district stadium and community center, a junior high school, an elementary school, and water and wastewater treatment plants. (Rendering courtesy Tomball ISD)

contribute today
An August opening for the Tomball ISD district stadium and community center has been postponed, as district officials announced construction delays in a Sept. 20 letter to parents. An updated opening date has not been announced.

The new 10,000-seat district stadium and community center, funded by a $275 million bond referendum voters approved in November 2017, is planned for the district complex underway at Cypress-Rosehill Road and the Grand Parkway, which will also feature a new elementary school, a new junior high school, and wastewater and water treatment plants. The total of all costs related to the new stadium and community center is $48.5 million, according to information from the Nov. 12 board of trustees meeting.

“Original plans from architects and contractors projected a timeline and opening date of August 2020, just in time for the first game of the 2020 football season,” Superintendent Martha Salazar-Zamora said in a letter to parents Sept. 20. “Unfortunately, construction delays do occur, in particular for major projects like our stadium and community center.”

Salazar-Zamora said in the letter the district is uncertain of when an updated opening date for the stadium and community center will be announced. Delays stem from difficulties in obtaining land access and construction permits from Harris County and the U.S. Army Corps of Engineers, according to the letter.

“We are working tirelessly to push this project through to the next stages of construction,” Salazar-Zamora said in the letter. “We are extremely excited about the new stadium and community center and know it will be well worth the wait.”
RELATED STORIES 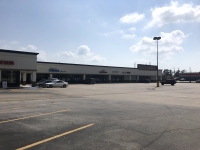