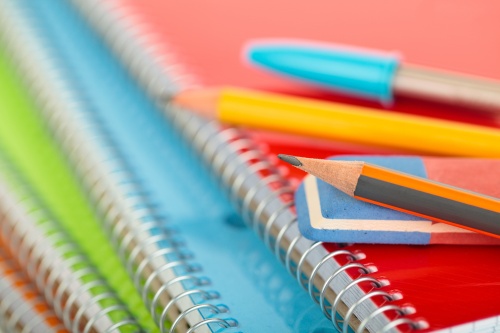 Magnolia ISD board of trustees went over the fiscal year 2019-20 preliminary budget at a May 13 meeting.

Magnolia ISD's preliminary budget projects just more than a $1 million surplus for fiscal year 2019-20, Assistant Superintendent of Operations Erich Morris said during a May 13 board of trustees meeting. The budget totals $110.6 million in revenue and $109.5 million in expenditures for FY 2019-20, according to preliminary budget projections, marking a 0.68% increase in revenue from FY 2018-19, he said.

Budget estimates could change based on ongoing school finance reform efforts by the state Legislature and final property tax values from the Montgomery Central Appraisal District, which will be certified at the end of July, Morris said. Final votes on the proposed Senate Bill 2322 and House Bill 4114—regarding the city of Magnolia's implementation of an institutional water rate category for tax-exempt, nonprofit and government agencies last spring—will also determine portions of the FY 2019-20 budget, he said.

Prior to the creation of an institutional category, MISD spent about $200,000 on water and sewer bills for its six campuses located within Magnolia city limits, Morris said. The schools were charged the same rate as commercial businesses. Following the new rate implementation, the district spent $700,000 for the same water bills, he said.

"Basically [the House and Senate bills are] anti-discrimination bill[s] that would keep the city from being able to do what it's done to us in terms of the water hike. It's certainly something we're keeping an eye on and we're also preparing to take other steps if it doesn't pass," Morris said during the meeting.

Morris said demographic projections estimate MISD adding 175 students in FY 2019-20, which means new teaching staff will need to be hired as well. The district has reserved an additional $700,000 for these new positions, he said.

"All we've had to do at this point was essentially respond to the [projected] growth," he said.
MISD's FY 2019-20 begins Sept. 1.
The board of trustees will next meet July 22.