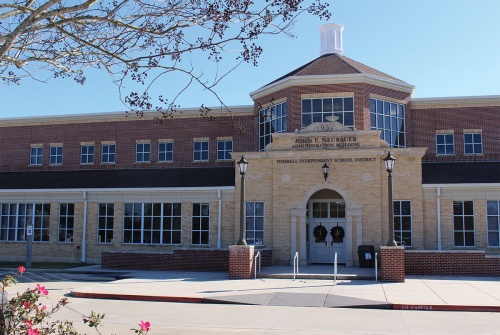 The Tomball ISD board of trustees voted Jan. 18 to select Lockwood, Andrews & Newnam, Inc. as the project manager for construction of a new elementary school, junior high campus and athletic stadium—projects included in the district’s $275 million bond referendum.

District residents approved the bond referendum in November to accommodate anticipated enrollment growth in the district.

The responsibilities for LAN, a Houston-based consulting firm, include scope development, design review, construction procurement and administration, scheduling and estimating, bidding and negotiations, budgeting, quality assurance and construction management, according to a Jan. 26 statement from LAN.

“We are looking forward to working with Tomball ISD to implement a program that will meet the district’s needs for the next 50 to 75 years,” LAN Vice President JP Grom said. “The program will provide Tomball’s students the environment and infrastructure needed to succeed in the 21st century.”

The district has not released a timeline on when projects may begin. However, TISD Chief Financial Officer Jim Ross said the district received a portion of the bond funds—about $150 million—in mid-January to begin construction. The two new school campuses—intended to relieve the growing student population at Willow Wood Junior High and Wildwood Elementary schools, respectively—will be among the first projects to begin construction, he said.

The initial funds will also allow construction to begin on the district athletic stadium and the expansion to Tomball Memorial High School, Ross said.

“Those requirements are being proudly boasted as the most strict building requirements in the nation,” he said. “Obviously we’re going to have to elevate our buildings in the future.”

The property for TISD’s new schools and district stadium is located in the unincorporated portion of Harris County and is therefore subject to the new building codes, likely resulting in the need for additional time for the permitting process, Ross said.

Although the district initially targeted an August 2019 opening for the new elementary school and an August 2020 opening for the junior high school, Ross said the new building requirements have caused about a six-month delay, while it waits for approval from Harris County to proceed with construction.

“I’m not sure how quickly I can get that site plan through Harris County,” he said.

According to a statement, LAN officials estimate the projects will be complete by fall 2021.