Steve Mims and his wife, Michelle Mims, moved to Magnolia about three years ago, Steve said. He and his wife wanted a change to a more country lifestyle, but he said there was one thing the area was lacking.

“From the time we moved over here, one of my continuous complaints was not having good barbecue options and not having good options to go get breakfast tacos,” Steve said.

That prompted Steve and Michelle to open Bulls and Bellows BBQ in May, Steve said. The food truck offers traditional barbecue favorites, such as brisket, pork ribs, turkey and breakfast tacos as well as barbecue tacos, baked potatoes, and a variety of appetizers and desserts.

Steve, who also works in the energy industry, said he has always had a passion for cooking barbecue. Michelle said the community has been supportive as they have launched this new endeavor.

“The community and the way the people are, everybody is so friendly and welcoming, and they want us to be successful,” Michelle said.
RELATED STORIES

• Real estate at a glance: Number of home sales down year over year in half of Tomball, Magnolia ZIP codes in September

• Real estate at a glance: More than 800,000 square feet of retail space added year over year in Tomball, Magnolia

“We’re a business out the gate; we’re not printing money, but we still make a point of not forgetting about the people that have served us and continue to serve us,” Steve said.

Steve said he wants people in the community to feel like family when they eat at the barbecue joint, which is part of the reason why the couple chose to open in Magnolia.

“We didn’t say, ‘Hey, let’s go start up a barbecue place in downtown Houston or in Rice Village or the [Texas Medical Center],’” Steve said. “We picked a spot 5 miles, seven minutes from our house because we wanted to be able to serve people in our community.” 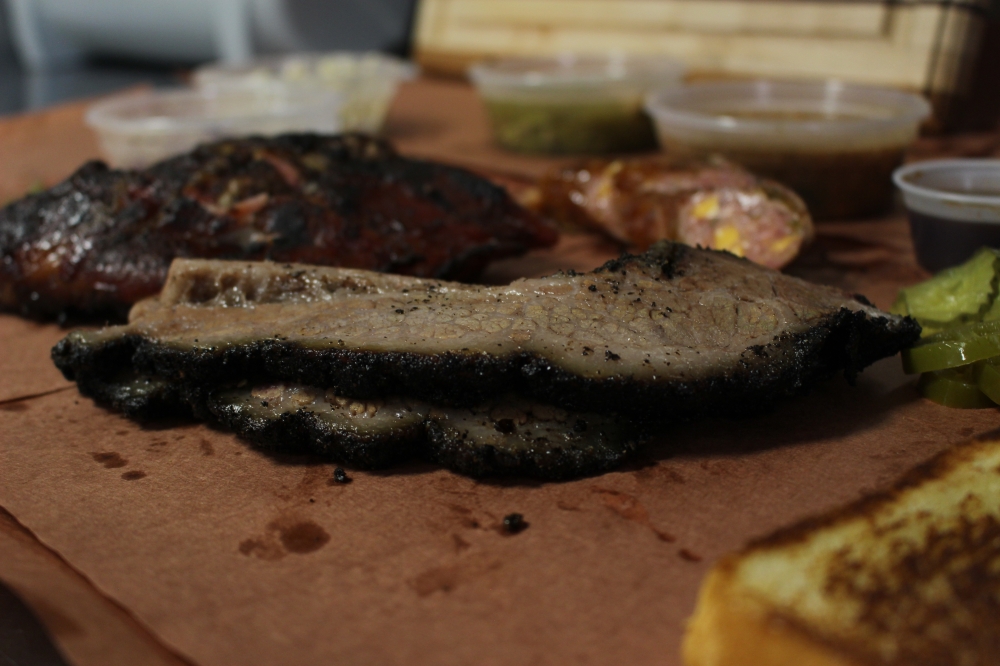 The Tomball shop is in the early stages of construction.

No matter who is left on holiday shopping lists, the Tomball and Magnolia area has a number of local shops and businesses with gift ideas for people of all interests. This list is not comprehensive.

Owner Michael Mathews said he preferred the “ebb and flow” of the catering industry compared to the daily hustle of the restaurant business.