Beazer Homes is planning a 110-home community on 69 acres in Magnolia, with plans to request a petition to be annexed into city limits at a future City Council meeting. (Kara McIntyre/Community Impact Newspaper)

Beazer Homes is slated to bring approximately 110 homes to 69 acres in the Magnolia area, according to a Jan. 14 presentation to Magnolia City Council members from Beazer Homes representatives. The proposed community is slated for part of the tract owned by the Satterwhite Family Trust, representatives said, which is located near Kelly Road and Stubby Lane in Magnolia, according to the Montgomery County Tax Parcel View tool. Council members approved a petition for consent to annex the 69 acres of land into Montgomery County Municipal Utility District No. 108 during the meeting, which will allow Beazer Homes to close on the sale of the property.

Greg Coleman, the land development director for Beazer Homes, said during the meeting that he is looking to develop a new type of home design for the Magnolia area with detached garages and larger lot sizes. He also said they are hoping to have homes under construction by the end of 2020 or the beginning of 2021.

The main entrance for the proposed development is tentatively located on Kelly Road, and a secondary entrance is still undetermined, Coleman said. Beazer Homes also plans to request a petition to be annexed into the city limits at a future City Council meeting, City Attorney Leonard Schneider said during the meeting.

"At that time, when they come to the city limits, they are subject to our Unified Development Code and to our requirements," Schneider said.

Council members approved the petition to be annexed into Montgomery County MUD No. 108 with a 4-1 vote, with Richard Carby, a City Council member and the mayor pro tem, voting against the measure. The petition's passage allows Beazer Homes to purchase the 69-acre property and take the next step toward requesting annexation into city limits, Schneider said.

The commission's recommendation must be followed by public hearings and a vote by City Council members before the change will take effect.

Grand Pines Drive is scheduled to be complete in the second quarter of 2020. 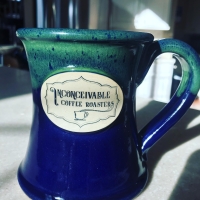