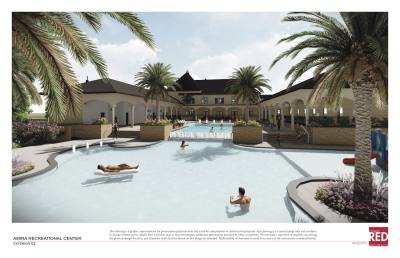 Amira is a 370-acre community under construction near Mueschke Road and the Grand Parkway.

A new 370-acre development under construction at the northeast corner of the Grand Parkway and Mueschke Road in Tomball began pre-selling homes in early May, officials announced in a May 8 news release. Amira, a product of Johnson Development, features homes built by Perry Homes and Beazer Homes and is zoned to Tomball ISD.

"We are excited to begin sales in this well-located, unique community," said Michael Cox, president of Johnson Development Services, in the release.

Eight homes are currently under construction by Beazer Homes with the first homes expected to be complete in August, officials representing the development said.

In addition to homesites, the community will also feature a 5,000-square-foot recreation center with pools, outdoor areas and a fitness facility as well as a yoga room, outdoor playground, event lawn and dog park, Cox said in the release. The recreation center is slated to open in June.

"Our earliest home owners will have a great amenity package to enjoy this summer," Cox said in the release.

Learn more about the community at www.amiratexas.com or view a masterplan of Amira.