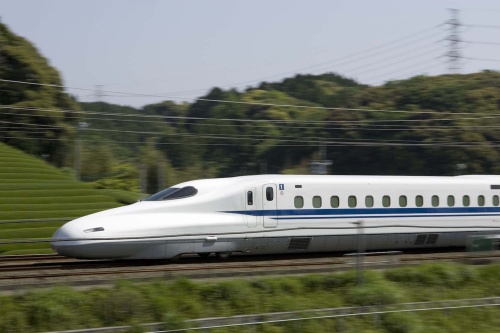 The pre-construction phase of Texas Central's high-speed rail moves forward with the selection of design-engineering firm WSP USA on Thursday, Oct. 5, as engineering consultant for the project. According to a statement, WSP will provide engineering, cost estimating and scheduling services for Texas Central.

“We are excited to partner with WSP, a company that has been involved in many iconic transportation projects around the world,” said Texas Central CEO Carlos Aguilar in a statement. “This further demonstrates the attention the Texas Bullet Train has received from world-class firms with such scale and experience.”

Texas Central announced an agreement in mid-August with preferred design-build companies Fluor Corporation and The Lane Construction Corporation, which will provide pre-construction planning services for the project.

According to a statement, WSP—formerly known as WSP | Parsons Brinckerhoff—has worked with a number of high-speed rail projects worldwide, such as projects in Taiwan, California, China, the United Kingdom and Singapore. The engineering firm has also provided services for the reconstruction of I-10 in Houston; the Dallas-Fort Worth connector in Grapevine, Southlake and Irving; and the Dallas Horseshoe project in downtown Dallas.

As the pre-construction phase continues, Texas Central previously said the project is expected to generate $36 billion in economic activity in the next 25 years, more than 10,000 jobs per year of construction and 1,000 permanent jobs along the rail route.

“WSP’s expertise in major infrastructure projects and our team of seasoned professionals position us well to ramp up quickly in support of the Texas Bullet Train," said Joseph Pulicare, president of transportation and infrastructure for WSP, in a statement. "This is a transformational project and we are proud to be part of the project team."

No project timeline or final route has yet been provided by Texas Central, as both elements depend on an environmental impact statement by the Federal Railroad Administration. According to Texas Central, The Federal Railroad Administration is leading the preparation of the EIS, which is due out later this year.
SHARE THIS STORY