RENAISSANCE ROUNDUP: 5 things to do at the Texas Renaissance Festival 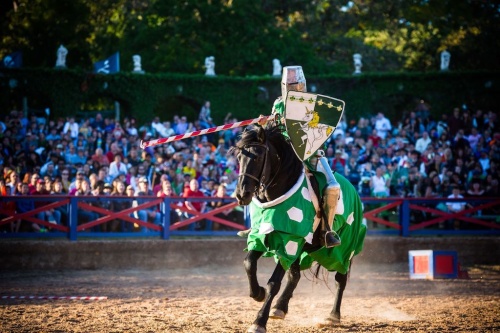 The Texas Renaissance Festival returns to Todd Mission for its 45th season Oct. 5-Dec. 1, featuring live entertainment, shops, food and games as well as signature events. The festival will also celebrate its anniversary Nov. 2-3 with a new, themed weekend: "Return to the Renaissance."

Here are a few things not to miss at this year's festival.

The festival grounds are located just north of the city of Magnolia. Additional festival information can be found at www.texrenfest.com.

Learn what's new at the Texas Renaissance Festival this fall.
Find information about each themed weekend.
Know these 5 things before visiting the festival.
Learn the best route to travel to the festival.