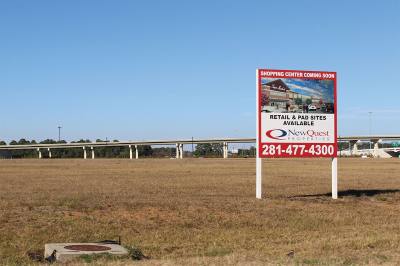 A 63-acre shopping center is slated for the corner of Hwy. 249 and the Grand Parkway in Tomball.

NewQuest Properties has announced a number of confirmed tenants for a new 63-acre shopping center slated for the southwest corner of the Grand Parkway and Hwy. 249 in Tomball. Kroger Marketplace joined the list of confirmed tenants in February. Once completed, the retail development will feature more than 370,000 square feet of retail space and 15 pad sites, according to the site plan. Segments F-1, F-2 and G of the Grand Parkway opened to drivers in early 2016, extending the tollway from Hwy. 290 to Hwy. 59.

Alvis said the property management company is targeting a late 2019 opening date and is working to attract additional tenants. Construction on the shopping center will begin when the anchor tenants are firmly committed, he said.