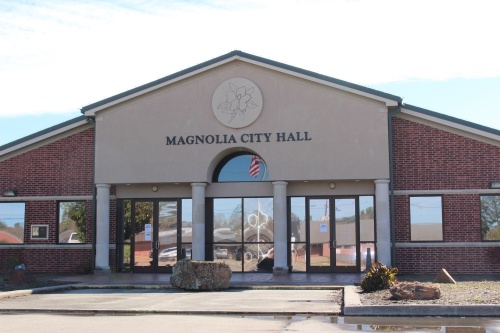 Leaders from Magnolia ISD, the city of Magnolia and the Texas Pastor Council testified before the Water and Rural Affairs committee in the Texas Senate on April 8 regarding Senate Bill 2322—a bill that would prohibit municipalities from charging tax-exempt entities higher utility rates than entities receiving comparable utility services.

"Senate Bill 2322 ensures that no municipally-owned utility charges a higher rate to those receiving tax exemptions to recoup lost revenue as a result of the exemptions," Creighton said during the committee hearing. "These acts of [rate] discrimination essentially render the tax exemptions obsolete. To make sure these tax exemptions are true relief, we must ensure that those with the benefits currently are not targeted and discriminated against."

The creation of the institutional category—charged higher rates than commercial businesses with which institutions were previously grouped—has caused budgetary constraints in MISD, said Erich Morris, MISD assistant superintendent of operations, during the April 8 hearing.

The district saw its water costs increase nearly half a million dollars after the institutional rate was implemented, Morris said.

In fiscal year 2016-17—prior to the implementation of the institutional rate—the district spent about $180,000 on water and wastewater bills for its six campuses within city limits. Following the new rate, the district paid about $720,000 for the same bills, Morris said.

"What that means is we have to pull money from somewhere else [in the budget]...pulling money from our classrooms, [and] we were only able to give a 1.5% teacher pay raise, whereas a 1% raise costs the school district roughly $500,000," Morris said at the hearing. "So you see how that kind of comes into play."

During the committee hearing, Magnolia City Administrator Paul Mendes said the city of Magnolia opposes SB 2322 due to concerns that the bill would not allow the city to adopt a rate for a non-taxpaying customer to fairly apportion the cost of the utility system.

"Magnolia pays the expenses arising from the owning, operating and maintaining of its water and wastewater utility system from multiple sources, namely rate revenues and ad valorem taxes," Mendes said during the hearing. "The solution [that was] developed [involved] the creation of the [institutional] customer class for the utility customers who do not pay taxes to the city and who have atypical usage patterns compared to the other customers to offset their portion of the debt service payment."

Magnolia Mayor Todd Kana said at an April 9 City Council meeting that neither Creighton nor Bell spoke with him about the water rates before filing the legislation.

"I do find it odd that every legislation that was proposed, not a single one of those legislators ever contacted the city, myself or any administration with questions in regard to our water rates, which was disappointing," Kana said during the meeting.

Texas Pastor Council President David Welch—representing churches in the city of Magnolia—told the Senate committee the churches have never opposed increased rates; the opposition comes from the creation of a separate rate category charged higher rates.

"I'm pleased to see that Mr. [Paul] Mendes has clarified that [City Council] did in fact pass these higher discriminatory rates specifically on churches, schools and nonprofits to offset the sales tax and property tax exemption," Welch said during the hearing. "The city of Magnolia is growing [and] the churches are part of the community. We certainly support proper and good infrastructure growth in our water and sewer system, but the simple request we had to the city was to charge churches, schools and nonprofits the same that they do everybody else."

"This [institutional rate category] is something that would literally neutralize the exempt status of nonprofit institutions, churches, schools and charities all across the state of Texas if this were to be replicated and multiplied," Welch said during the hearing. "We believe that it does require a legislative remedy and that churches, schools and nonprofits be placed back in commercial rates simply to be charged the same as anyone else for the same services."