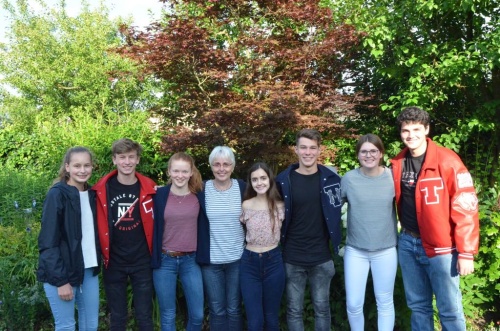 The cities of Tomball and Telgte, Germany, established a sister city partnership in 2000 as a way to develop understanding between nations, said Kit Pfeiffer previously, member of the Tomball Sister City Organization. Pfeiffer leads the exchange student program as part of the cities' partnership.

Three students spent the 2017-18 school year with Tomball families, attending TISD campuses. After the group returned home to Germany this summer, another group of three students traveled from Telgte to Tomball for the upcoming 2018-19 school year, Pfeiffer said.

In addition to coordinating student exchange programs between the two cities, the Tomball Sister City Organization also hosts the German Heritage Festival each spring and the German Christmas Market in December.