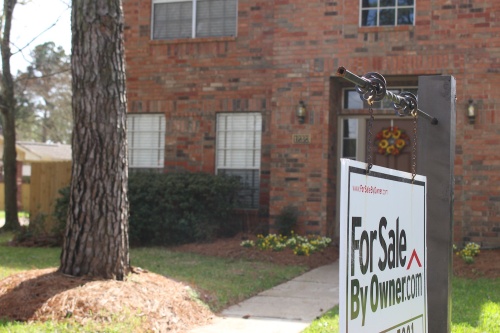 Although home values have increased substantially since 2013, values in Tomball and Magnolia saw a smaller increase from 2016-17.

Homeowners in Harris and Montgomery counties can expect to receive their property value notices by early April, as appraisal districts in both counties continue the annual process of assigning new property values to parcels, officials said.

Tony Belinoski, chief appraiser for the Montgomery Central Appraisal District, said it is too early in the appraisal process to note changes in 2018 values. However, after three years of substantial increases in average home values, both counties marked a smaller increase in average values in 2017. As thousands of homes flooded during Hurricane Harvey in August, homeowners could see lower appraisals in 2018, officials said.

“Since we are required to appraise homes as of Jan. 1 market value, it’s [what homes are] selling for in the market,” he said. We don’t create the market; we try to follow what the market’s telling us.”

Nearly four years after the oil and gas downturn in the Greater Houston area and six months after Harvey, home selling prices have local Realtors looking forward to a steady housing market in Tomball and Magnolia in 2018.

“[The housing market] closely follows the price of oil,” said Dane Gates, broker associate with Berkshire Hathaway HomeServices Anderson Properties, which serves northwest Houston, including Tomball and Magnolia. “I think we’re in kind of a stable trend for the moment [in Tomball and Magnolia].”

Properties in counties across Texas are typically appraised each year beginning Jan. 1 by appraisal districts that operate within each county.

This year, however, some properties affected by flooding in Harris and Montgomery counties are also undergoing a disaster reappraisal. Disaster reappraisals can be activated when the governor declares a region a disaster area, which Gov. Greg Abbott declared for the two counties following Harvey.

Taxing entities, such as counties and school districts, can request disaster reappraisals, which are paid for by that entity, said Jack Barnett, chief communications officer for the Harris County Appraisal District. Since Harvey, HCAD has visited properties countywide in damaged areas to get an accurate valuation for each property based on its condition on Jan. 1.

As many as 144,000 homes in Harris County may have flooded during Harvey, the Federal Emergency Management Agency estimated, which could result in less property tax revenue collected by taxing entities in the county.

The Harris County Budget Department is planning for 2018 revenue to be about the same as the previous year because development and growth in the county may offset other losses, said Jim Robinson, senior director for special products with the Harris County Budget Management Department. However, increases in the cost of doing business could make it harder to stretch those funds, he said.

Although the Tomball ISD board of trustees did not approve the disaster reappraisal process at its Feb. 13 meeting, district officials estimated about 2 percent of TISD’s 40,000 taxable parcels were damaged by Harvey.

Throughout Montgomery County, Belinoski said 3,900 properties sustained flood damage from Harvey. County commissioners passed a resolution in September calling for inspections of residential property damaged as a result of flooding. The county expects a dip in tax revenue in 2017 and 2018, County Judge Craig Doyal said.

“Even if a reappraisal wasn’t requested by taxing units, we’d still have to go look at every one of those [damaged] homes,” Belinoski said.

Belinoski said 122 damaged properties within MISD were identified as of mid-February, although the number changes daily.

Once appraisals are complete this spring, Barnett said property owners are notified and have an opportunity to file disputes if they disagree with the valuations. The protest period, which runs May 15 through July 25, could result in homeowners receiving new values if an appraisal review board determines their complaints to be valid.

“Everyone should take advantage of and take the time to [protest] if you’re not satisfied with your appraisal,” Montgomery County Precinct 2 Commissioner Charlie Riley said.

From 2013-17, average home values in Tomball and Magnolia grew 46 percent and 35 percent, respectively, according to appraisal district information.

Belinoski said the average market value that a homestead property—or the value of a home with homestead exemptions would sell for on Jan. 1—grew 35 percent from $206,731 in 2013 to $279, 939 in 2017 within MISD boundaries. However, the average market value increased less than 2 percent within MISD from 2016-17, a smaller increase than in each of the three years prior, Belinoski said.

Within TISD, average values increased 3 percent from 2016-17 and 4 percent from 2015-16, less than the 16 percent and 17 percent increases for the previous two years, according to HCAD data.

Although market values may significantly increase from year to year, assessed values—or the value homeowners pay taxes on prior to any exemptions—can increase no more than 10 percent each year, Belinoski said. Therefore, the assessed value on a tax bill may differ from the market value.

While market values have increased in Tomball and Magnolia, the selling price of homes remains steady since August, according to data from the Houston Association of Realtors.

According to HAR data, single-family home sales topped 30,822 homes sold in the Greater Houston area from September to January, a 6 percent increase from the same period the previous year.

Since August, the median selling price in all six Tomball and Magnolia ZIP codes has hovered between $200,000 and $300,000, according to HAR data.

Although home sales and prices have decreased in the region since the oil and gas downturn in 2014, Gates said he believes the housing market is stabilizing in Tomball and Magnolia.

“In 2012-14, it was on fire. We had a huge influx of buyers [and] limited inventory; builders couldn’t keep up with demand and things were selling like wildfire,” he said. “That demand has diminished a little, so now those prices are stabilizing.”

Despite sales climbing in late 2017 and early 2018, homes are staying on the market longer. In January, homes in Tomball and Magnolia ZIP codes stayed on the market longer before selling than in January 2017, ranging from 113-228 days, according to HAR. However, January was the only month since August 2017 that the days on the market increased year over year in every ZIP code.