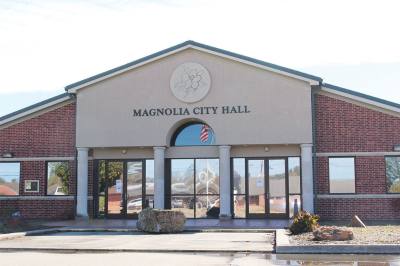 Magnolia City Council members are working to adjust water and wastewater rates for the first time since 2005.

Commercial and tax-exempt entities plugged into the city of Magnolia’s water or sewer systems can expect to see higher bills in March. The city last increased its water and sewer rates in 2005.

“Council has been very hesitant to raise water rates for a number of years. Every year the price of producing water gets higher all the time,” City Administrator Paul Mendes said during the meeting.

Commercial and tax-exempt entities will be the first users to see their water bills increase. Previously, tax-exempt users were categorized as commercial users. In January council members voted to implement an institutional rate category, which includes nonprofit organizations, government facilities and school campuses.

As these entities do not pay impact fees—a fee collected to fund a new water user’s share of the city’s water or wastewater capacity—or property taxes that help fund the maintenance and operations of infrastructure, higher water rates will allow the city to more evenly distribute the rising cost of water, Mayor Todd Kana said.

“Our goal is not solely revenue but to make sure the burden of the system is spread evenly among the users,” he said.

According to the rates proposed Jan. 9, institutional entities using 100,000 gallons of water and wastewater each month could see their bills increase about 146 percent from $852.85 to $2,103.63. However, four different base rates based on annual water usage have been proposed within the institutional category to limit the increase for smaller users.

The new rates are determined by a tiered structure rather than the size of a user’s water meter. Each user category incurs a base rate for both water and sewer usage with additional fees according to the number of gallons used.

A similar user would also be charged about $10 extra for wastewater services.

Fees charged by the San Jacinto River Authority and Lone Star Groundwater Conservation District are not included in the new rates.

City Council will hold a town hall meeting at Magnolia City Hall at 6 p.m. Feb. 13 to further inform residents and water users about adjusted rates before rates take effect for the March billing cycle, Mendes said. The meeting will precede the council’s regular meeting at 7 p.m. Attendees can ask questions and learn more about the city's plan to implement new rates.

“Even though this is quite painful to go up on rates, this will help us in the long run where we don’t have to go out and take bonds or borrow money to repair [the water system],” Mendes said. “Hopefully as time goes on [this] will make us much more stable with the water and sewer departments.”
SHARE THIS STORY