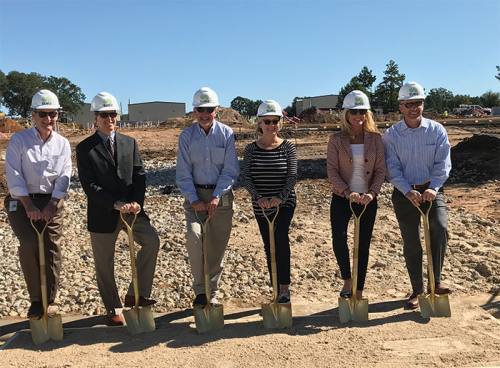 The facility broke ground last fall in the Tomball Business and Technology Park.

General Electric announced plans to relocate its water and power distribution branch from The Woodlands to the Tomball Business and Technology Park. Design plans for the facility were presented to Tomball City Council in May 2016.

Employees at the company’s existing facility in The Woodlands will relocate to Tomball upon the new facility’s opening estimated for mid-2018, DeLong said. No new jobs will be created from the relocation. However, the new modular facility allows for future expansion in Tomball. The facility is designed for more than 80 researchers and staff members, according to a statement from SUEZ.

This story is one update from the Annual Community Guide. View the full list of Top 10 stories to follow in 2018 here.