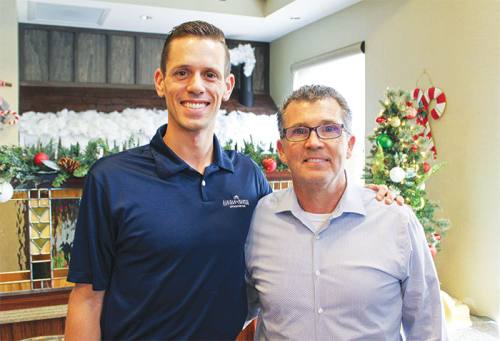 James Hanigan, partner at Hanigan & Johnson Orthodontics, has been practicing orthodontics for more than 20 years, he said. After pulling over at a dentist’s office in Tomball when his wife got sick, Hanigan said he met a dentist who was looking for someone to open an orthodontist’s office in Magnolia and decided to open a practice there in June 2000.

He opened another location in Tomball one year later and began his search for a partner, Hanigan said.

He met Daniel Johnson through classes he teaches at the University of Texas Health Science Center at Houston, Hanigan said. Johnson officially became his partner at the orthodontics practice in January 2017.

“A partnership is kind of like a marriage. You’ve got to be able to be a good team, communicate well and struggle together sometimes,” Johnson said. “Not everything is perfect, and so when we face a problem we have to face it together and come up with a solution.”

The orthodontic practice—which offers traditional orthodontist services for all ages, including braces and Invisalign—opened a third location in the Northpointe area of Tomball in 2017. The practice has a children’s area in the waiting room, which includes bean bag chairs and activities.

“We were very honored to win. When they called us up we were thrilled to death, and it was an honor to be picked,” Hanigan said.

Johnson said the duo’s No. 1 goal is to put the patient first, giving their offices a family atmosphere.

“From the time [patients] contact our office to the time they leave, we want to have that strong relationship with them,” Johnson said. “We want them to have a positive experience every time they come into the office.”