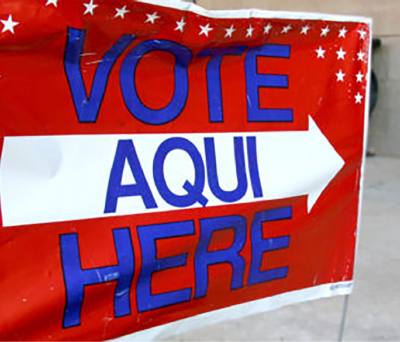 The Montgomery County Eagle Forum, a nonpartisan nonprofit founded in November 2008, hosted a candidate forum Thursday evening for candidates running for the Texas House of Representatives District 15 seat, giving local residents the opportunity to become more informed on the candidates’ views regarding county and state issues.

Candidates for Texas House District 15 include Republican Steve Toth, who previously served as the representative for District 15, and Republican Jackie Waters, who defines herself as a limited government conservative.

The candidate forum held last night in Shenandoah City Council Chambers only featured Toth, as Waters did not attend for unknown reasons.

Toth answered a range of questions submitted by those in attendance regarding property tax concerns, transportation in Montgomery County and flooding mitigation.

At the forum, Toth named property tax as one of the main issues on which he will be carrying legislation.

"We've heard about this high property tax in New York and California," Toth said. "Well, we have high property taxes, too. In Montgomery County, it is within the top 10 percent in the state of Texas. We are taxing people out of their houses, and we got to tackle that issue. With new leadership in the Texas House, we will get this done. Property tax is the most impactful thing right now that's hurting Texas."

Toth also said he would like to possibly see the removal of appraisal districts in the future.

Toth said he has worked with Precinct 3 Commissioner James Noack and the Houston-Galveston Area Council in the past to determine the county's transportation needs.


"This is a county issue that I think Commissioner Noack has done a really incredible job on," he said. "The good old boy system of building roads in Montgomery County and not having any kind of long-term thoroughfare planning is going by the wayside. I’m going to continue making sure we do the right thing and we get our tax dollars that we already paid back here to build our roads."

Toth said he would like to work on making the San Jacinto River Authority a better entity in the future to have better planning and modeling for flood mitigation.


"I think you’ll find strong sentiment between myself and Sen. [Brandon] Creighton that we want to see a shakeup in the SJRA board of directors," he said. "I’m not going to support not sunsetting them unless the board of directors have engineers. We [need] to have someone who oversees the SJRA that actually puts modeling in place before they open up the dam that allows 596,000 gallons per second downstream. I also want to see river authorities as elected positions in the future. We should have people with a civil engineering background [serving as] a river authority."

Where to see Santa in The Woodlands this holiday season

Santa Claus will fly down from the North Pole to visit with families in The Woodlands at a variety of locations this holiday season. Attendees should check with each venue regarding safety policies and cancellations.