Q&A: Meet Jeff Garrett, new chairperson of The Woodlands Area Chamber of Commerce board of directors 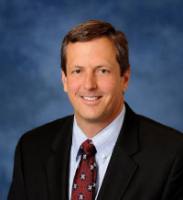 Jeff Garrett, a resident of The Woodlands since 2002, began his term as the new chairman of The Woodlands Area Chamber of Commerce’s board of directors Sept. 1 after previously serving as a chamber board member, vice president of governmental affairs and vice chairman. Garrett moved to The Woodlands when he joined the Chevron Phillips Chemical Co. and first became involved with the chamber through a county leadership program in 2005.

How did you become involved in the chamber of commerce?
I have always been interested in the mission of chambers. I participated in Leadership Brazos County in Bryan-College Station shortly after college and also participated on the local Chamber membership sales team. I became involved with The Woodlands Area Chamber in 2005 when I participated in the Leadership Montgomery County program, which introduced program participants to different aspects of the local economy and community.

So, what roles does the chamber play? It helps to sustain a strong Business Advocacy Council that works with community leaders and influencers to ensure the area’s growing population is well served by sophisticated public works and a viable workforce. It creates marketing and networking opportunities to help businesses get the word out about their products and services. It serves as a professional and community resource, staying ahead of the issues that face the community. And it supports local nonprofits through monthly service projects.

When did you become vice president of government affairs for the Chamber board, and what did that role entail?
I first joined the Chamber board in 2010 to finish out another member’s term, after the partial term, I then rolled into a new full term.  During the second term, I served as the vice president of government affairs. In that role, I led several Chamber teams, including the Economic Outlook Conference.  I rolled off for a brief period and then rejoined the Board.  This past year, I served as the Vice-Chair.

How did your time as board of directors vice chairman prepare you for the role of chairman, and what are some of the distinct duties between those two positions?
The chairman of the board serves as the volunteer leader of the chamber and manages committees such as the board, Executive Leadership Council, executive committee and nominating team. The vice chairman serves as a backup to the chairman in the event the chairman is unavailable.

As vice chairman, I gained experience and an understanding of all the roles of the people who work on the board. One key skill I learned was how to run the board meetings. In addition, I watched how Stuart Lapp (the immediate past chairman) did a great job in raising issues for discussion and consensus building.

What are your goals for the chamber as its new chairman?
The chamber board recognizes that if we want to stay relevant in today’s highly competitive and digital market, we must evolve from an organization known for its ribbon cuttings and member directories. Some of my key goals as chairman will be to crystallize the chamber’s focus on business advocacy programs, grow its membership and improve membership retention by communicating our value to our members and community at large.

How would you describe The Woodlands business community?
The Woodlands is a special place to do business. We are truly blessed to have elected officials, business owners, educators and residents who realize that we all share in the responsibility of creating economic success and prosperity. While the area continues growing, new developments that bring big opportunities still nurture the small-town community’s live-work-play culture, and that’s what makes it so attractive to employers and employees alike.

How has The Woodlands changed since you began working in the area?
The Woodlands has experienced unprecedented growth, transforming south Montgomery County from what was mostly residential when I moved my family here in 2002, into a self-sustaining community home to thousands of businesses in all sectors.

What new changes or challenges do you anticipate could affect the business community over the coming years?
With all of this exciting growth and change comes some challenges and potential stress on resources such as workforce, water and transportation. The chamber’s Business Advocacy Council will remain on point making sure that these issues are being prioritized and handled in the interest of the business community.