Ahead of Houston-based Occidental Petroleum Corp.’s planned acquisition of Anadarko Petroleum Corp. later this year, the status of Anadarko’s thousands of local employees and the future of its landmark headquarters in The Woodlands is still unknown.

Occidental prevailed in a bidding war against Chevron Corp. in May with a deal worth $57 billion, consisting of 78% cash and 22% stock. Chevron’s offer had totaled $50 billion.

Occidental has not yet stated its intentions for Anadarko’s assets in The Woodlands—which include the two iconic 30-story towers on Lake Robbins Drive—but in early June, the company announced the delay of its planned move from Greenway Plaza in Houston to a new corporate facility. Occidental did not say whether the relocation would eventually continue as planned, or if it may shift its attention to Anadarko’s campus.

“Due to the acquisition of Anadarko, Occidental has put the decision to relocate our headquarters on hold and will revisit it when the time is appropriate,” Occidental spokesperson Melissa Schoeb said in a June statement.

In The Woodlands, local officials said they hope the region’s largest private workforce and its occupancy in Anadarko’s towering downtown campus can be maintained through the coming corporate transition. Anadarko employs more than 3,600 people in The Woodlands area.

J.J. Hollie, the president of The Woodlands Area Chamber of Commerce, said he and other community members have reached out to Occidental to encourage the oil and gas giant’s continued presence in The Woodlands following the merger.

“There’s been no official word from Oxy about their intent with the Anadarko towers and the employees. I do know the chamber, along with several other organizations and elected officials, are having continued talks with the Oxy leadership and discussing how The Woodlands can be the best home for them,” Hollie said. “We’re actively and aggressively pursuing talks to make sure that Occidental understands that we want to have them in the community. … The good news is, is that Oxy is engaging in those discussions.”

Hollie said he did not know when to expect an official update from Occidental related to the Anadarko deal closing or its local plans but appreciated the company’s initial engagement with members of The Woodlands-area leadership.

Heath Melton, the senior vice president for master-planned communities with Howard Hughes Corp., the development company for The Woodlands, said the company watches deals like this closely.

“I think we’re very fortunate in The Woodlands,” Melton said. “Houston has been in that 20% [of office space vacancies]. In The Woodlands ... we’re just at about 8% vacancy.” 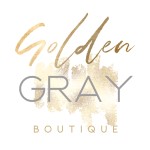