At the Capitol: Legislature faces varying fates at end of 2019 session 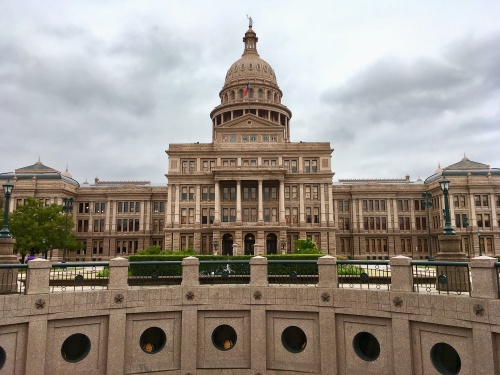 Bills reached the governor’s desk on topics such as raising the smoking age and creating a state flood infrastructure fund. Gov. Greg Abbott has until June 16 to sign or veto bills, which go into effect automatically if he does neither.

Red-light cameras
HB 1631: Signed on June 3
The days of red-light cameras monitoring Texas drivers may be numbered, but the devices could still linger in some communities for a few more years, as it would only prevent cities from renewing their contracts with vendors.

Rules governing alcohol sales
House Bill 1545: Sent to Abbott on May 24
This bill is part of the state’s regular sunset process, which requires agencies to undergo regular efficiency reviews or face closure. Lawmakers in the Senate amended the bill to allow breweries to sell beer to go and allow individuals to hold up to 250 liquor store permits.

Extending statute of limitations for sex abuse lawsuits
HB 3809: Sent to Abbott on May 24
This bill doubles the amount of time that victims of certain types of sexual abuse have to sue abusers or entities from 15 years to 30 years after a victim turns 18.

School safety
SB 11: Sent to Abbott on May 26
In the first session since 10 people were fatally shot at Santa Fe High School in 2018, lawmakers wrote this school safety measure that would strengthen mental health initiatives in schools, require classrooms to have access to a telephone or other electronic communication, and create teams that identify potentially dangerous students. The bill was amended in the House to include the creation of a Texas Mental Health Consortium—originally part of SB 10, which died hours earlier on a technicality.

Raising the smoking age
SB 21: Sent to Abbott on May 21
This measure would raise the legal age to buy tobacco products from 18 to 21 except for military personnel.

Religious freedom
SB 1978: Sent to Abbott on May 23
Known by supporters as the “Save Chick-fil-A Bill,” this proposal would prevent government entities from taking adverse action against people or businesses based on their religion. But some members of the LGBTQ community fear it would be a license to discriminate.

Intellectual disability and the death penalty
HB 1139: Missed key deadline on May 25
It has been more than 15 years since the U.S. Supreme Court said executing prisoners who are intellectually disabled is unconstitutional. This bill would have created a pretrial process to determine if a capital murder defendant is intellectually disabled. It changed in a Senate committee to simply codify existing rulings from the high court that those with intellectual disabilities cannot be sentenced to death and that such determinations must align with current medical standards.

Elections
SB 9: Missed key deadline on May 19
This legislation would have elevated the penalty for Texans who vote when they are ineligible—even if they did so unknowingly. They also would have been subject to a felony charge that could include jail time and a fine up to $10,000. The bill did not make it onto the House’s calendar.

Lobbying ban
SB 13: Missed key deadline on May 19
Every session, the Texas Capitol draws lobbyists who were previously members of the Legislature. This bill would have banned members of the Texas House and Senate from certain kinds of lobbying for a period of time after they stepped down from their elected offices. But the bill never made it onto the House agenda.