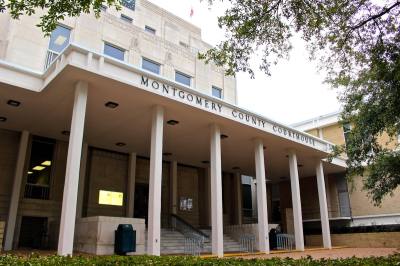 Montgomery County Commissioners Court met this morning to discuss a number of agenda items, including an update on Hurricane Harvey recovery efforts. Here are three takeaways from the meeting:

1. The court passed a resolution to call for the reappraisals of residential property damaged as a result of flooding in late August. Montgomery County Judge Craig Doyal said he did not feel comfortable asking county taxpayers to pay more than their houses are now worth.

"I'm having a hard time sending somebody a full tax bill for a house that's unusable, so we'd like to get the appraisal district to reappraise those homes, at least for this year," Doyal said.

2. The county is expected to begin spraying the area to control the increased population of mosquitos as a result of standing water in the area, Hess said. Standing water can become a breeding ground for mosquitos, which can often appear in large numbers following a heavy rain event. Read more from Montgomery County officials on ways to keep mosquitos at bay. The county will also be trapping and testing mosquitos to determine if additional future spraying will be needed.

3. Precinct commissioners said they are continuing to work to clear debris in neighborhoods that experienced flooding. Precinct 3 Commissioner James Noack said the county initially had trouble getting trucks to come to the area because drivers were able to earn more money in hard-hit areas of Houston and Harris County; however trucks are expected to arrive in the area this week. The county has a contract with Crowder Gulf, a disaster-recovery and debris-management company.

"All told, over 36,361 square miles of our state were affected by Hurricane Harvey," Hess said. "In addition to that, you have Hurricane Irma in Florida, which is drastically capping resources that are available to help in the management of debris in our area. So that being said, things have moved a little slow in getting trucks in, but we have made some changes to our debris-management plan."
SHARE THIS STORY