HISTORY: Learn about George Mitchell’s namesake buildings and institutions in The Woodlands 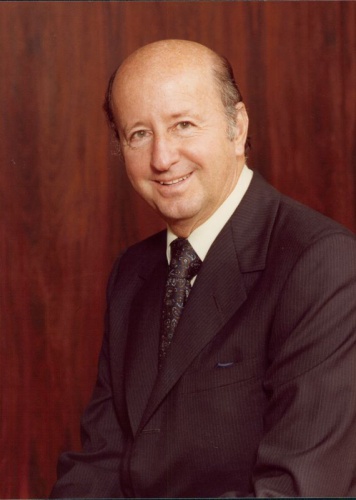 Residents of The Woodlands may be familiar with the name of entrepreneur George P. Mitchell, who founded the community in 1974. But some who knew him said they hope the public institutions named after him—including, most recently, a section of I-45—will serve to remind residents of his vision for a sustainable master-planned community.

Mitchell, who died in 2013, would have turned 100 on May 21, and The Woodlands also reaches a milestone this year, marking 45 years as a community in October. Having amassed wealth as the founder of Mitchell Energy and Development Corp. in the mid-20th century, Mitchell was known for pioneering a successful approach—fracking—to extract natural gas from shale. But locally, he is known for bringing his community vision to fruition with the development of The Woodlands.

“He wanted to revitalize living in the greater metropolitan area. … Cities were rotting, and this was something to refresh the area,” said Steve Leakey, a member of George’s Coffee Club, a nonprofit group dedicated to bringing about community awareness of Mitchell’s contributions.

On June 10, Gov. Greg Abbott signed into law House Bill 2571, a piece of legislation written by state Rep. Steve Toth, R-Woodlands, and Rep. Will Metcalf, R-Conroe, and sponsored by state Sen. Brandon Creighton, R-Conroe. The bill designates the portion of I-45 between Hwy. 242 and the Montgomery-Harris county line as the George P. Mitchell Memorial Highway in recognition of his contribution to the area.

Although The Woodlands started with just a few hundred residents and has grown to about 115,000, according to 2017 U.S. Census Bureau data.

Roger Galatas, former president of The Woodlands Corp., said while Mitchell was involved in the creation of numerous public entities within The Woodlands, including the nonprofit research group Houston Advanced Research Center and social service agency Interfaith of The Woodlands, only a few bear his name.

Mitchell also emphasized sustainability and natural preservation in developing the community, and he set aside a large portion for open space with an eye to preserving natural habitat and wildflowers, Galatas said. George Mitchell Nature Preserve opened in South Montgomery in 2007.

“There’s 25% in open space [in The Woodlands], and that was very important to him, to live with nature,” he said.

WIth the addition of I-45 as The Woodlands founder’s latest namesake, his former associates said his significance to the community can be recognized by more people traveling in and through the area.

“He was the ultimate visionary, looking ahead and to see ... the future,” said Karen West, a friend and former attorney for The Woodlands Corp.