New members of The Woodlands Township board of directors sworn in at Nov. 30 meeting 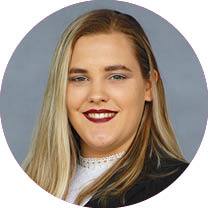 Four new faces to The Woodlands Township board of directors were sworn in at the Nov. 30 meeting, joining members Shelley Sekula-Gibbs, Ann Snyder and Bob Milner.

Each of the exiting board members received a proclamation and monogrammed axe thanking them for their service to The Woodlands Township before stepping down from their seats. The departing members were Gordy Bunch, Bruce Rieser, John Anthony Brown and Jason J. Nelson.

Using a written ballot system, board members then voted on appointing officers, which are renewed on a yearly basis and are not tied to specific positions.

According to the township website, the next board meeting will be held at 6 p.m. Dec. 7 at 2801 Technology Forest Blvd., The Woodlands.

Reporter for Community Impact Newspaper covering The Woodlands and Oak Ridge North. Jessica has worked in the field of journalism since 2015, with an Associate's Degree in Liberal Arts from Blinn College. Extensive experience covering local city, county, and statewide government as well as working with community leaders and nonprofits. When not working, can usually be found reading and enjoying music.