contribute today
The Shenandoah City Council debated on the necessity of an in-depth market research study for the Convention and Visitors Bureau during a regular council meeting Feb. 12.

City Administrator Kathie Reyer presented a proposed contract with JLL Tourism, which could come to the city and analyze the city's current offerings, its population and what the city can improve to promote tourism. The expected cost of the contract is around $148,500, though Reyer said it is an initial estimate, and she hopes to lower it once the scope of the study is established.

"We will not sign a contract before coming back to council with that revised scope and revised estimated cost," Reyer said.

Reyer added the six-month study could direct the CVB for several years on ways to better promote travel to the city.

Shenandoah Mayor Ritch Wheeler questioned if the city needs to spend the money for the study, saying it would take quite some time in order to make the amount back based off of hotel tax collection in the city.
RELATED STORIES 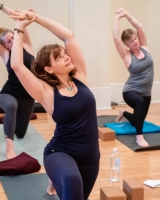 "We're getting all of these assets that we're talking about, [and] it helps us prepare as a city," Mayner said. "How do we want to map our growth going forward?"

Council member Ted Fletcher said he was hesitant because a similar study was done around 18 months ago to determine what would be done with the CVB, which cost around $43,000.

"I'm wondering if there is another option rather than spending $150,000," Fletcher said.

Council member Michael McLeod said he liked the idea of the study, as it would give the city better idea of big ideas, which were not delivered with the previous study.

The council unanimously authorized Reyer to negotiate the contract by to lower the cost before bringing it back to the council.
Tags: Shenandoah , Shenandoah City Council , Market Study , The Woodlands , Ritch Wheeler , Ted Fletcher
SHARE THIS STORY 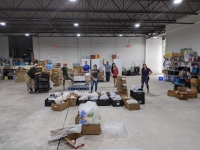 'It's an important statement': The Woodlands Marriott remains open despite low occupancy

Superintendent Curtis Null explained that proms have been canceled, but seniors are still expected to graduate on time. 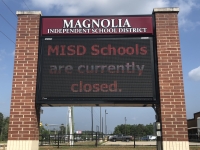 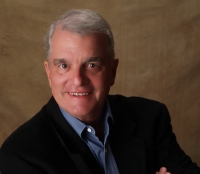