The board has put together the building blocks for a possible city over the past year, choosing various scenarios presented by The Novak Consulting Group in its efforts to create a financial model and a maximum initial tax rate to propose to voters.

If a ballot initiative for incorporation is put forward in November, a majority of The Woodlands Township voters could decide whether the special-purpose district with a population of more than 117,000 becomes a city.

The law enforcement model was the last piece of the puzzle for the board to decide on, and three options were presented in 2019. One, the most potentially expensive, would involve creating a new, full-service police department from scratch. Another would keep the current model of contracting with county law enforcement services. The board chose the middle road—a hybrid of the full-service and contract models—but it also chose to go with the financial assumptions for debt service that would have been included in the full-service model.

Board Chairperson Gordy Bunch said the expected tax rate those assumptions would generate would not be considerably different from the hybrid model with its previous set of debt service assumptions.

The proposed tax rate for the law enforcement portion of the financial model with the options chosen by the board Jan. 15 would be $0.0538 per $100 of assessed value, according to information presented by Novak.

The board also approved several changes to previous non-law enforcement decisions to reflect updates the consultants have made since its Sept. 25 presentation.

The estimates the board chose to include in its financial model included a $7.8 million annual estimate for franchise fees generated from utilities operating within the possible future city. However, as a result of new legislation, that was reduced to $7.1 million, which the board accepted. 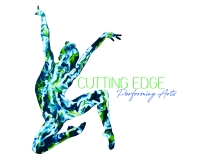