The Lone Star Groundwater Conservation District has announced that an appeal it requested from the Texas Water Development Board about a management plan will be heard Oct. 3.

According to a press release from LSGCD, TWDB's executive administrator previously determined the District's management plan was not complete because the plan did not include the desired future conditions set via joint planning in 2010.

The press release defines "desired future conditions" as long-term goals that dictate aquifer conditions more than 50 years into the future.

LSGCD is appealing the decision because the 2010 conditions were updated and replaced in 2016.

"Before filing the appeal, the District attempted to resolve the dispute through correspondence with a pre-review submission to TWDB," the press release stated.

If TWDB denies the District's appeal, LSGCD will reportedly be forced to seek remedies to ensure compliance and protect the constitutional rights of affected persons. The press release states future actions may include mediation and/or the filing of a suit in Travis County.
SHARE THIS STORY 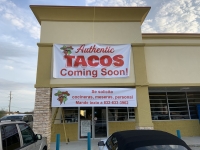