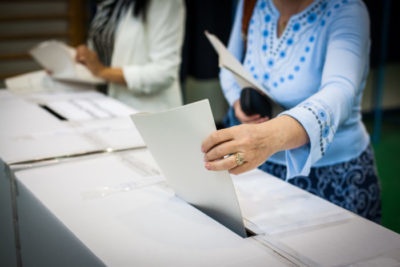 Conroe ISD's $807 million bond proposal will be decided in the May 4 election.

With 100% of Montgomery County precincts reporting on May 4, it appears Conroe ISD's $807 million bond proposal has failed. The bond vote failed by nearly a 9% margin, leaving CISD without major funding it had said was meant to address expected growth in the coming decade.

The bond proposal was the largest in CISD history, and the first since a $487 million package that passed in 2015. District officials said the bond could have resulted in a $0.01 to $0.03 increase in the district’s tax rate, which is now $1.28 per $100 valuation, second-lowest in the Greater Houston region.

“We are thankful for all who turned out to make their voices heard in this election. Conroe ISD will continue to meet the educational needs of our great community. We are confident that with our board's leadership we will make the needed adjustments to ensure a successful future for our District,” CISD Superintendent Curtis Null said in a statement late on May 4.

Major projects included in the bond were expected to mitigate crowding in the district’s existing schools and to expand its facilities for its growing student population. A study released last year by the demographic firm Population and Survey Analysts projects CISD’s total enrollment to pass 76,000 by 2028, up from around 63,000 at the start of the 2018-19 school year. The district has already grown by around 15,000 students in the past decade, according to PASA.

Most of the bond funds would have gone toward various growth and sustainability projects and the construction of four district schools. The new facilities, including elementary schools in the Caney Creek, Conroe and Grand Oaks feeders and a junior high school in the Caney Creek feeder, totaled $192.3 million of the overall bond proposal.

Growth projects made up the most significant portion of the package, totaling $270 million of the bond proposal. The second phase of Conroe High School’s master plan and the first phase of a long-requested overhaul to Oak Ridge High School are projects that now lack a funding source. Classroom additions at College Park High School, The Woodlands High School, the Conroe High School 9th Grade Campus and York Junior High and upgrades to Caney Creek High School and Creighton Elementary were also included as growth and sustainability projects.

Early voting results for the May 4 joint election show a tight margin for Conroe ISD’s $807 million bond referendum, with opposition to the bond holding a nearly 2% lead.

Around 50.89% of more than 8,600 early votes cast were against the bond package, according to Montgomery County’s election office. Around 49.11% of early votes were cast in support of the bond. All results are unofficial until canvassed.

Polls for today’s election closed at 7 p.m., and results will be calculated throughout the evening.

The $807 million bond package is CISD’s largest ever put to voters, eclipsing the $487 million bond approved in 2015. The district began planning for the latest bond in 2018 to address years of expected growth ahead; the district has already added around 15,000 students in the past decade.