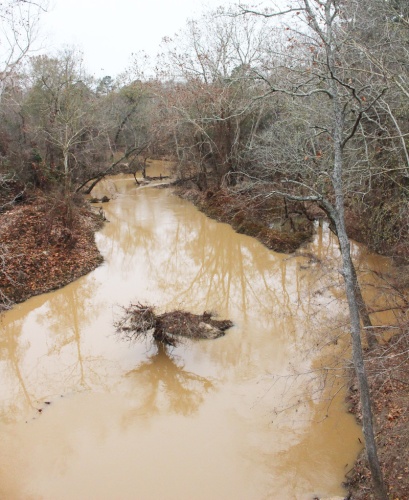 Sparked by the damage Hurricane Harvey brought to the area one year ago, county and area water officials are pushing forward flood studies in hopes of preventing future flooding. However, as many residents anxiously wait out this year’s hurricane season, actual construction to prevent flooding may be years away from beginning.

In July, the SJRA introduced Phase 2 of the study, which would determine a potential site for a reservoir near Spring Creek, which officials hope could alleviate some flooding around The Woodlands and Lake Houston.

However, officials have said the studies will take years to complete before projects can begin, as more data is needed to update models and geographic information.

“Unfortunately for those folks who are concerned about flooding again, these studies do take time, and it will be a slow process—even slower to build a flood control reservoir,” said David Parkhill, director of raw water enterprise for the SJRA. “Within a year, we should have some results that start benefiting the community.”

Local efforts
On July 11, the SJRA held a second public meeting to discuss phases 1 and 2 of the flood protection project, which aims to study the flood plains in the Lake Conroe watershed.

The study kicked off in February 2017. However, following Harvey in late August last year, the SJRA received a six-month extension from the Texas Water Development Board—who is partly funding the study—to include updated data and more accurate modeling, said Sam Hinojosa, director of water resources for Halff Associates’ Conroe office. Halff Associates is a consultant on the project.

Phase 1 of the study includes the development of new hydrology and hydraulic models to understand area flood plains and elevations as well as how flooding occurs. According to the SJRA, the updated models will also inform how the SJRA provides early warnings for flood risks and the timing for releases from the Lake Conroe dam.

Since beginning the study, Parkhill said the SJRA has already made some upgrades to its flood early warning system, including the installation of five new water gauges around Lake Conroe and upgrading technology to provide more data during storm events.

“We’re improving the models for rainfall and runoff … but there’s still a lot of manual interpretation,” Parkhill said. “The technology today allows us to automate much of that so that we can have data coming from these weather stations, going straight into the models and giving us a result to pass on to emergency management officials.”

Phase 1 is funded by the TWDB, the SJRA, Montgomery County and the city of Conroe, and has an estimated cost of $920,000, according to the SJRA. A third and final public meeting to discuss the SJRA’s draft report on the study will be held in December, and a final report for Phase 1 of the study is expected to be presented in February.

Spring Creek reservoir
Phase 2 of SJRA’s study will study the feasibility of a reservoir along Spring Creek and a real-time operations tools to determine how releases from Lake Conroe will affect the surrounding areas.

Reservoirs, when placed downstream, are used to manage fluctuations in water flow, according to the U.S. Geological Survey. During major storms, a reservoir could help divert water to keep a body of water from overflowing.

An estimated cost for the study for Phase 2 is $1.1 million, according to the SJRA. To fund the project, the SJRA submitted a grant application to the TWDB on July 11. If approved, the TWDB is expected to match 50 percent of local funds received. Other sponsors for Phase 2 include municipal utility districts in and around The Woodlands, including MUDs Nos. 1, 7, 46, 60 and 386..

Zach Toups, vice president of MUD No. 386 in the Village of Creekside Park area, said the board has approved up to $100,000 in funding for the project.

“The MUD can do certain things on its own, but we can’t execute a reservoir project on property outside of the MUD. But an organization like the SJRA can,” Toups said. “It is very important to the MUD, and it is a potential regional solution like we’ve been talking about since Harvey that could provide some positive impact for The Woodlands.”

Parkhill said the site feasibility study will determine the location, costs and environmental effects of a potential reservoir. Should funding be approved, the study would begin in early 2019 and take an estimated two years to complete.

The study has also received letters of support from The Woodlands Township, Montgomery County and other nearby cities like Humble, which also saw significant flooding during Harvey.

Township Director Bruce Rieser, who also serves as chairman of the township’s drainage task force, said the township board of directors has not committed funding to the project, but may discuss the item in this year’s budget workshops in August.

“[The reservoir is] truly the only way that Spring Creek can be managed, because we’ve looked at everything else,” Rieser said. “The creek does not lend itself to dredging or widening. This is the only way to create some retention up to the northwest and perhaps even between The Woodlands and Lake Houston—if there’s a place to do that—in order to mitigate the effects downstream into Lake Houston.”

The SJRA is expected to hear back on whether funds will be matched by the TWDB this fall.

Rieser said once the study is complete and a site is selected, it would likely take several more years before a reservoir could be built. Additionally, he said the land needed could be harder to find and more expensive to acquire than if one had been built decades ago as previously planned by The Woodlands founder George Mitchell and the Harris County Flood Control District.

“It’s a shame that we waited this long, but I think that we can do this project,” Rieser said. “But even in the ideal scenario where everything goes right, we’re probably looking at a 10- to 15-year time frame. I hope that everybody’s right—that 33 inches [of rain] in 24 hours is a once-in-a-lifetime occurrence—because if it happened again tomorrow, we would have the same situation.”

Thinking regionally
Parkhill said the SJRA has been working with Montgomery and Harris counties as well as the city of Houston to obtain funding from the Federal Emergency Management Agency’s Hazard Mitigation Grant Program for a regional flood study on the Upper San Jacinto River watershed, which includes Lake Conroe and a portion of Spring Creek.

Meant to improve early warning notification systems and identify flood control projects, the $2.7 million study will be headed by the HCFCD and matched with local funds. Montgomery County’s portion is just over $169,000 and was approved during the July 24 commissioners court meeting. A portion of funding could also come from the proposed $2.5 billion Harris County bond referendum if it is approved by voters Aug. 25.

“With this study, we will gain a better knowledge of our Montgomery County streams and watersheds, a more complete flood warning system and the ability to identify specific projects that could reduce the risk of flooding in the future,” Montgomery County Judge Craig Doyal said in a July 23 statement.

While the township has been working on flood management through the drainage task force, which includes over 30 area agencies, Rieser said long-term solutions will require even more funding. That could require the support of residents, even those who did not see any flooding. For example, should Harris County’s bond be approved, Harris County residents in The Woodlands could see property tax increases, according to the county budget office.

“We’ve got a lot of work to do to educate folks,” Rieser said. “Maybe you didn’t have any structural flooding in your area, but we had a lot of roads that were impassable. When you look at what happened in the last three flood events, every single bridge south of The Woodlands, with the exception of I-45, was closed. That is something that we need to be concerned about as a community and not just as a localized flooding issue.”