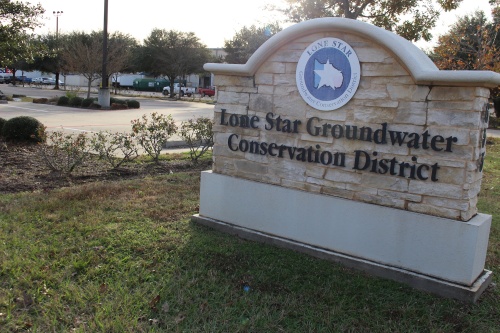 On Oct. 3, the Texas Water Development Board rejected an appeal from Lone Star Groundwater Conservation District concerning its groundwater management plan, which was rejected by the state agency in May.

"The District is appreciative to the TWDB for hearing its points of appeal this morning," LSGCD General Manager Samantha Reiter said in an email. "The district's board of directors will be holding its monthly board meeting on Tuesday, Oct. 8, and will discuss the decision and the district's path forward."

LSGCD has previously stated that TWDB found its management plan to be administratively incomplete because the plan did not include the desired future conditions set via joint planning in 2010.

LSGCD has stated it appealed the TWDB's decision for several reasons, including that the 2010 DFCs conditions were updated and superseded in 2016.

The San Jacinto River Authority, which develops and conserves water resources in the San Jacinto River watershed, released a statement Oct. 3 saying the TWDB decision indicates the district must include proper aquifer goals approved by groundwater districts in surrounding counties in its management plan.

According to the SJRA release, water utilities and agencies, including itself, the Woodlands Water Agency and several governmental entities, urged TWDB to reject the original proposed management plan.

“Aquifer overuse has real consequences like land subsidence and water reliability problems,” SJRA General Manager Jace Houston said in the release. “This ruling by the TWDB tells the District they cannot adopt a plan that is out of sync with all other water entities in the region and ultimately harmful to our water supply.”

In an Oct. 1 release, LSGCD said it would seek remedies in the event of a denial of its appeal.

"If TWDB denies the District’s appeal, the District will be forced to seek any and all available remedies to ensure compliance with Chapter 36 and protect the constitutional rights of all affected persons," the release stated. "Future actions may include mediation and filing suit in Travis County Texas, if necessary."