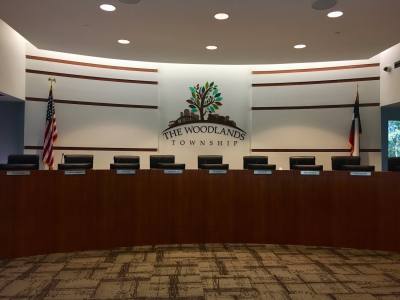 The Novak Consulting Group, which has been conducting an incorporation study for The Woodlands Township this year, presented its most recent findings to the board of directors Sept. 25. The consultants asked the board for guidance on which items to include in its financial models for incorporation relating to public works, franchise fees and several other areas.

The incorporation study will continue through the end of the year, with the consultants scheduled to ask The Woodlands board of directors for guidance on law-enforcement items at the board's Oct. 23 meeting. In December, the board is expected to determine a maximum tax rate. According to information presented at the meeting, the board may vote next May on whether to schedule an incorporation election in November.

The board chose not to include assumptions in the financial model that municipal utility districts will be taken over by the city if the township incorporates. It also voted to assume it will maintain its current approach to covenant administration, which functions as deed restriction, in the financial model.

One item Novak representatives said they were not able to deliver immediately was a tax rate calculator residents would be able to use to determine their future property tax bill based on all of the taxing entities for their specific address. Novak representatives said that may not be feasible because the information from the various taxing entities is not available in one central location online, and it is also behind a firewall. However, an average property tax bill could be established as a reference point, they said.
SHARE THIS STORY

The Woodlands Township responds to independent critiques of incorporation study

In a Sept. 27 news release and over several public meetings, The Woodlands Township officials have responded to information in several independent, commissioned reports issued in August and September critiquing its incorporation study.