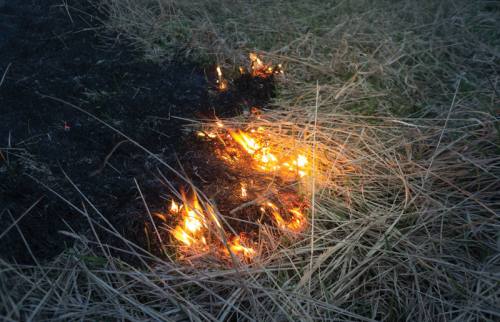 Montgomery County issued a burn ban Sept. 10 for unincorporated areas of the county.

Recent drought conditions have led Montgomery County Commissioners Court to authorize a burn ban as of its Sept. 10 meeting.

According to the order approved at the meeting, the Montgomery County Fire Marshal has found that weather conditions have created a public safety hazard that would be exacerbated by outdoor burning.

The burn ban applies to outdoor burning in unincorporated portions of the county, and it will apply for 90 days from the adoption of the order unless the Texas Forest Service or the court determine it can be terminated earlier.

Fire risk tends to be strongest when the drought index—a scale from 0-800—is higher than 650, Montgomery County Fire Marshal Jimmy Williams said.

The drought index on Sept. 10 was 670, and it is expected to reach 700 soon if there is no significant rainfall, he said.

"We saw 15 fires on Saturday, 16 on Sunday ... A couple of them damaged some sheds, houses ...
We have the potential to have a larger fire," Williams said.

Although there has not been a spike in wildfires this summer, the fire marshal’s report to commissioners stated conditions will worsen without significant rainfall. The lack of wildfires so far this season could be attributed to a lack of outdoor burning activity due to extreme outdoor heat, he said. Once outdoor burning resumes with the coming of cool fall weather, increased risk of wildfires will return, according to the report.

"Moving into the cool front season ... on a Friday evening or Saturday morning, people are going to jump out in their yards and start burning, and we're going to have 40 or 50 fires," Williams said.

According to the fire marshal's office, fire hazard factors include:

• Large amounts of readily ignited fuels such as dying vegetation, dead grass and pine straw.
• High winds and low humidity
• Outdoor burning, the most common cause of wildfires in the county.

For more information about the burn ban and fire safety hazards, contact the fire marshal’s office at 936-538-8288 or visit the agency's website.