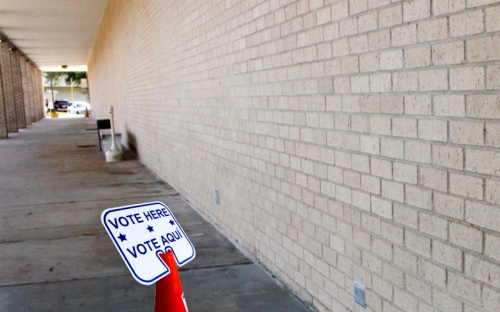 Maroulis, representative for District C, received nearly 98 percent of the vote, or 543 votes, according to official results.

“A sincere thank you to my wife and kids for the love, support and letting me serve the community,” he said. “I have missed a lot of quality family time to serve this great city.”

Ford won with nearly 74 percent of the vote, or 348 votes, according to official voting results. The representative for District A could not be reached for a comment.

Emery ran an uncontested race and will remain the representative for District D.

Boney also ran unopposed to represent District B. He will replace previous Council Member Don Smith, who decided not to seek reelection.

Voters resolved the mayor pro tem of City Council may be elected at its first regular meeting following a general election to elect council members or a special election if there is a runoff vote necessary. Voters also removed the clause requiring the city manager to be bonded at city expense in an amount not less than $25,000.

Some public officials exercise authority that may subject the governmental agency for which they work to liability not covered by that agency’s general liability insurance, said Missouri City City Attorney E. Joyce Iyamu. Those officials are required to obtain bonds to cover potential losses as a result of their decisions. Missouri City has general liability insurance to cover claims and can purchase additional insurance or bonds, if desired, without being required to make such purchases, she said.

Other changes include moving the city election date from May to November, adjusting the fiscal year from July 1 through June 30 to Oct. 1 through Sept. 30, and changing the name of the city’s finance department from Finance Department to Financial Services Department.

However, residents voted against propositions that would have allowed the city manager to administratively establish, discontinue and combine city departments or to appoint, suspend and remove department directors.