Sugar Land City Council has been closely monitoring the effects of the coronavirus pandemic on city finances. (Courtesy Fotolia)

The city of Sugar Land will have additional flexibility when planning for its fiscal year 2020-21 budget due to the unanimous passage of a resolution during the July 7 City Council meeting.

The resolution calls for the Fort Bend tax assessor-collector to calculate the city’s voter approval tax rate by using an 8% threshold for new revenue instead of 3.5% due to the coronavirus pandemic.

Finance Director Jennifer Brown told council the resolution will maximize the city’s flexibility as it begins planning the new budget and tax rate. The city has experienced effects on its sales tax, mixed-beverage tax, court fines, hotel occupancy tax and other charges for services since the pandemic began, in addition to other incurred expenses.

“We do anticipate that our sales tax will be down from the prior year,” Brown said. “How much? We don’t know. One of the only revenue items we have control over as a city is our property tax revenue.”

The Texas Legislature passed Senate Bill 2 in 2019, lowering the voter-approval tax rate—formerly known as the rollback rate—to 3.5%, down from 8%, according to the Texas Municipal League. This means cities cannot raise more than 3.5% more in property tax revenue from the previous year without triggering an automatic November election.
RELATED STORIES

However, the bill included a provision allowing municipalities to return to the previous 8% threshold during a disaster. Gov. Greg Abbott issued a disaster declaration March 13 in response to the coronavirus pandemic, according to the city of Sugar Land.

The resolution does not set or propose the FY 2020-21 tax rate as the city does not have enough information to make such a proposal yet, Brown said. The city will receive information from the county in early August with a proposed tax rate, which will be decided on by council after workshops and a public hearing.

Sugar Land Mayor Joe Zimmerman said Senate Bill 2 has “muddied the water” and made staff and the council jump through more hoops.

“The fact of the matter is, you don’t take up the tax rate until you approve the budget because the tax rate is what then funds the budget,” he said. “This kinda puts the cart before the horse. The City Council will continue to make those decisions we feel position us best for the long term.”

Additional strategies being considered or discussed by the city include the following, according to the council agenda packet: 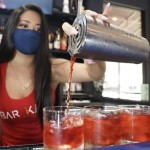 Missouri City businesses may soon be able to promote their storefronts in new ways.