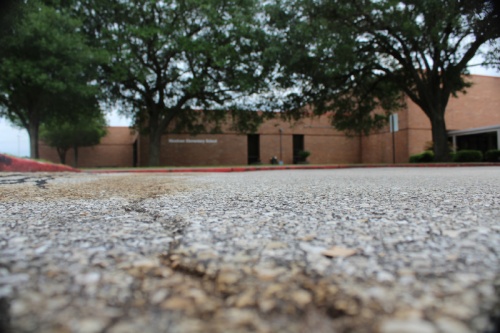 Charged with reviewing all viable options, a facilities steering committee was appointed by the superintendent and trustees to serve as an advisory body, and it will submit recommendations for board consideration in May, said Beth Martinez, FBISD chief of staff and strategic planning. The committee consists of various community members acting as representative voices for other residents.

If the board of trustees approve these options, they will be adopted into the Facilities Master Plan, and administrators will also consider them when updating the district’s capital plan around the month of June or July, which may culminate in a November bond referendum, Martinez said.

“We’re working on a long-term plan to address long-term needs,” trustee Grayle James said. “We want to be mindful of populations as they change and grow as we’re making these plans.”

Houston-based PBK Architects assessed school district facilities and has reported approximately $301.5 million worth of needs that must be addressed in the next one to two years.

“The higher the FCI, the worse the condition of the facility,” Leopold said. “Another thing we look at is we have the 66 percent guideline, or the two-thirds rule. What this says is that if a facility’s FCI exceeds 66 percent of its replacement cost, it’s often more cost-effective to just replace the facility.”

Based on preliminary data, the two facilities of most concern are Lakeview and Meadows elementary schools, built in 1964 and 1973, respectively.

“[Meadows] is in the poorest condition of all the other FBISD facilities,” Leopold said.

The two schools' FCI scores are below 60 percent for the 2017-18 school year but both facilities—and others—are projected to exceed that 66 percent range within the next decade. For planning purposes, the steering committee is looking at higher FCI scores that consider needs for years beyond 2017-18.

Another component to facilities planning is student enrollment and ensuring each school has the capacity to accommodate current and future students, Leopold said. According to FBISD policy, a school is adequately used when enrollment is at 80-120 percent of the building’s capacity.

“That threshold between 100 percent and 120 percent can be managed by portable classrooms,” Leopold said.

Once student enrollment exceeds 120 percent of the school’s building capacity, it becomes a larger issue, he said. For example, Ridge Point High School is expected to be overutilized at 139 percent by 2022-23, according to FBISD projections.

It can also be problematic when schools are underutilized—something some high schools, such as Marshall and Willowridge, are experiencing, said Larry Grant, an alternate member for the facilities steering committee.

“Throughout this survey, any time the word ‘rezoning’ was mentioned, it just seemed to draw negative support,” Leopold said.

Because Meadows is the sole elementary school for the residents of Meadows Place, residents have been particularly vocal in their protests against shutting down the school.

Residents have spoken in favor of other ideas, such as renovating the school during the summer when it is not in use, constructing classroom additions or temporarily housing students in another facility while work crews demolish and rebuild the school, Meadows Place Mayor Charles Jessup said.

“We’re willing to do whatever we can [to keep the school open],” he said. “This is the most significant issue I’ve ever faced, period, bar none.”

“Most of the conversations have been about rezoning and redistricting areas so that the new feeder plan would bring students from one area to another,” he said. “That’s been the major focus right now.”

Legislators have not kept up with their responsibilities to properly fund public education, Jessup said.

“Our state representatives have dropped the ball on school finance and [are] forcing local districts into these kinds of decisions,” he said. “They ought to be looking at how to make a school serve the students better rather than how many they can put in there.”

State Rep. Ron Reynolds, D-Missouri City, said he has received calls from constituents and has spoken to board trustees and Superintendent Charles Dupre throughout the facilities planning process.

Lawmakers reduced state funding for public education in the 2018-19 state budget by approximately $1.2 billion, compared to its 2016-17 budget, Reynolds said.

“Basically, what they were doing was only ensuring that local government—our cities and our local municipalities and school districts—would have to raise additional tax revenues to offset the cuts in state funds,” he said. “School districts like Fort Bend ISD, they can only hope they can raise enough revenue to maintain current operations for their public schools—nevermind the rapid growth they’re facing.”

Whether FBISD will have to raise taxes to fund a potential bond will depend on multiple variables, including  the amount of the bond, projects and timing of new construction, outcomes of the 86th legislative session, property value growth and economic conditions, said Amanda Bubela, FBISD director of external communications and media relations.

A bond program is the most likely option for the school district to make these capital investments, Bubela said. Trustees must call for a bond election by their first August meeting for a referendum to be placed on the November ballot.

“The facility needs ... requires a capital plan,” she said. “That is not something that’s coming out of your general budget. There’s limited funding for school districts, so really, when it comes down to capital needs; infrastructure needs; the building of the facilities; the acquiring of land; it’s not there.”