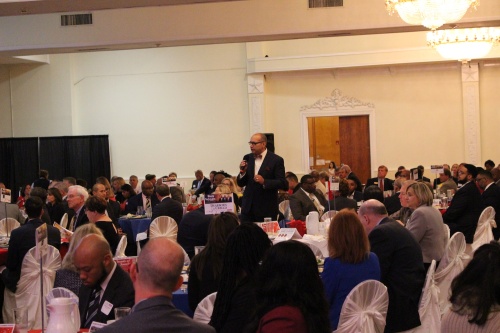 The school district has grown by 7,000 students and 2,000 employees in the past decade, Dupre said. Approximately 75,000 students are currently enrolled in FBISD, and three new elementary schools opened this school year.

“We’re shooting toward a target of 86,000 students by 2026,” Dupre said. “We’re projecting we’re going to need, probably, three to five more elementary [schools] in the next bond next year.”

The school district also recently began the process to design a new elementary school in Aliana, which is anticipated to open for the 2019-20 school year, Dupre said.

“I’m also proud to say that the bond program our community passed in 2014 is almost complete,” he said. “We’re nearly 80 percent complete with that bond program, and we are on time and under budget, every single project.”

On top of the construction of schools, the 2014 bond package of $484 million also included classroom additions in existing schools, new school buses, equipment, maintenance and renovations, and funding for improving career and technical education, according to FBISD’s official website.

“We’re getting the most for our students with the money we have,” Dupre said.