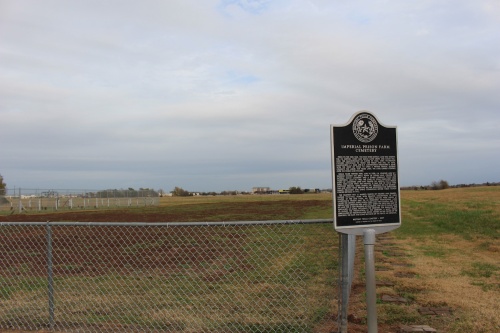 Fort Bend ISD's $58 million career and technology center that is part of the district’s 2014 bond program is still scheduled to open on time in 2019 because construction is ongoing in areas unaffected by the discovery of historic remains on the property earlier this year, according to a release from the district.

However, cost increases associated with the delays and potential redesign are increasing each month as FBISD has already incurred about $5.5 million in costs for construction delays, archaeological observation, investigation, exhumation and historical analysis, according to the district.

According to legal documents, when the district filed a petition seeking court approval to exhume the bodies of the 95 individuals in May, the petition specifically stated the district was not seeking removal of any dedication of the land for cemetery purposes.

On Nov. 7, the district filed a new petition requesting court approval to remove the cemetery or abandoned cemetery designation legally attributed to the property and grave sites. The petition also requested court approval to move and reinter the bodies at the Imperial Prison Farm Cemetery.

If the court does not grant the removal of the cemetery or historic cemetery designation from the site and does not allow for reburial at the Imperial Prison Farm Cemetery, the school would need to be redesigned to fill different areas of the property, according to a release from the district. The costs to construct the redesigned center would add about $18 million in costs to building the school, putting the project about $25 million over budget, district officials said.

“The district and the city of Sugar Land reached an agreement to bury the remains in a city-owned cemetery in October,” FBISD board President Jason Burdine said in a statement. “The only hold-up now is that we need approval from the court. Further delay will leave the remains without a final resting place and will add millions of dollars of un-budgeted costs to the project. Our district has a responsibility to our students, taxpayers, and the citizens who voted in support of this project to avoid the continuing delay and economic harm being caused to the taxpayers."

Elliott was appointed master in chancery, or an assistant in the court who does not serve to advocate for either side, Nov. 21 following a Nov. 19 hearing regarding the reburial.

On Nov. 30, FBISD filed an objection to the appointment of a master in chancery for the case. The district also filed a supplemental petition Dec. 17 requesting an expedited order for its petition made on Nov. 7, citing financial and timing issues for the school’s opening, according to the court documents.

Other matters, including when the next hearing will be, will be determined by Shoemake at a later date.

“They could release an opinion as early as today, or they could take their time about it," Elliott said. "I expect that it will not take long. Whatever they do, they’ll do it probably fairly expeditiously. Not necessarily hinging on that, Judge Shoemake said that he would make a ruling on the other issues in the next few days.”
SHARE THIS STORY