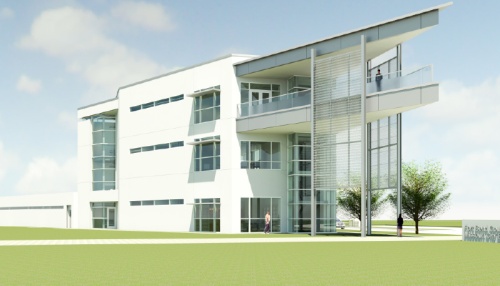 Development projects surrounding the Missouri City City Hall complex are progressing with the additions of a state-of-the-art visitor’s center and public plaza, the opening of a Houston Community College campus, the development of two senior residential complexes and the expansion of the local library.

In addition, the city has also commissioned an economic development study, focusing on corridors along Cartwright Road, FM 1092, Hwy. 6, the Fort Bend Tollway, and a portion of Hwy. 90A, City Manager Anthony Snipes said. The study is still in the preliminary stages, but it will benefit the city in the long run, he said.

“I think the best is yet to come, related to Missouri City,” Snipes said. “What we’re trying to do is be very methodical as it relates to what is our goal [going forward].”

The city is in the final stages of adding a new visitor’s center to City Hall that will provide information to tourists and residents about the city—something previously supplied by an information counter.

The new visitor’s center will be inside the community center lobby; it will feature touch-screen interactive kiosks that will allow individuals access to information on upcoming city events, amenities, accommodations and entertainment options, Snipes said.

Snipes said the visitor’s center is funded by $100,000 in hotel occupancy tax revenue. He did not give a specific date for its official launch.

“Since our renovations of the community center, [the] overall number of total rental permits have increased by 23 percent, and our revenue from rentals has increased by 23.5 percent over the previous fiscal year,” Assistant City Manager Scott Elmer said.

Outside the complex, staff is also working to complete work on a public community plaza to hold celebrations and gatherings and will include an amphitheater, a veterans memorial, and hike and bike trail connections, city officials said.

Snipes said he hopes the plaza will be ready by January 2018. Overall, the council invested roughly
$2 million in renovations and updates.

“Our hope is once all of that is completed, particularly the plaza, we’ll have more weddings and other types of events,” Snipes said. “Also, from the events standpoint, our parks department may be able to have family night, movie night at the plaza—a number of things to bring the community together.”

HCC officials in August opened a new Missouri City campus on the property next to City Hall. The two-story campus sits on 60 acres of land and includes more than 69,000 square feet of space, Campus Manager Tyrone Cross said.

“We see [HCC] as an anchor, as a $20-plus million investment on Texas Parkway,” Snipes said.

The intent was to allow the presence of students and HCC staff to help boost economic activities and sales of local businesses, Snipes said.

Nearly 900 students were enrolled at the new campus as of Oct. 18, and there are more students enrolled for the second eight-week session that began Oct. 23, said Zen Zheng, director of communications for the southwest HCC campus.

“I think it will inspire more growth on [Texas Parkway],” he said.

The 23-acre land tract is owned by Christian Baptist Church, which is on the property, and the church is partnering with development company Gardner Capital on the project. The two residential developments will surround the church on both sides, Elmer said.

Meanwhile, the Fort Bend County Library Missouri City branch, which is located next door to the City Hall building, is undergoing renovations that will add 9,600 square feet of space to the library. The project is slated to last until summer 2018.

The remodeling project, estimated to cost $6.4 million, is part of the $19.8 million bond referendum approved by voters in November 2015, according to the library’s website.

The expansion plans include a new computer lab, study rooms and conference spaces. The library’s technology will also be upgraded to allow for more efficiency in the checkout process.

The added space is needed to better serve the community, which has seen a lot of growth, said Michele Pettigrew, the library’s communication specialist, in an email. Additionally, there is more demand for electronic resources, such as computers and Wi-Fi.

“The renovations give us an opportunity to upgrade the library’s technology to better meet the needs of the community that the library serves,” Pettigrew wrote in her email.