Sugar Land City Council members during a June 25 workshop meeting were unanimously in favor of moving forward with steps to place a $90 million general obligation bond on the Nov. 5 ballot. At Large Position 1 City Council Member Himesh Gandhi was absent.

A detailed review of the project list and schedule will take place during the July 23 workshop meeting, and City Council will then have until Aug. 19 to officially call for the bond to be placed on the November ballot.

“Staff has designed the projects, and not only do they address the needs, but individually they touch each [district],” Mayor Joe Zimmerman said during the workshop. “The goal was to make sure that it was not unbalanced.”

“These are all needs,” said Chris Steubing, the Sugar Land assistant city manager, during the workshop. “These are all projects that have been in front of the City Council at some point. Some of these projects have been in existence for years, and staff has done a tremendous amount of work on them.”

Drainage improvements carry the most weight in the projected bond total with $47 million designated.

“Drainage improvements, of course, are near and dear to all of us after [Hurricane] Harvey but also May 7 [flooding],” Steubing said.

All of these projects have been presented to residents before, either in the form of the annual citizen satisfaction survey or other city efforts, Steubing said.

The bond would require a maximum tax rate increase of $0.03 to support the $90 million bond. This would be approximately a 9% increase to tax bills with an increased payment of about $106 per year for the average taxpayer, based on the average home value in Sugar Land of about $375,000. 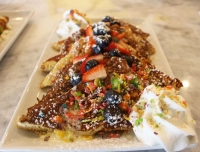 Hope for Three nonprofit provides support, aid to families with children with autism

Autism is a developmental disorder that affects someone’s ability to communicate and interact with others. 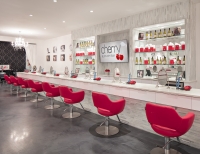 The business offers shampooing, blow-drying and hair styling services as well as makeup and eyelash services.