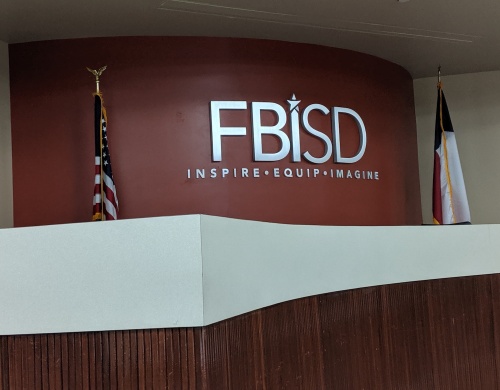 Fort Bend ISD is celebrating its 60th anniversary in the 2019-20 school year.

Now that Fort Bend ISD's fiscal year 2019-20 budget is approved, taxpayers will likely see a decrease of about $45 on their annual property tax bill.

The FBISD board of trustees approved the budget at its June 17 meeting. The overall budget includes operating revenue of $704.8 million, operating expenditures of $716.9 million, a beginning fund balance of $209.2 million and $10 million in economic stabilization. It expects an ending fund balance of $199.1 million, including a 90-reserve requirement of $176.6 million.

Within that $716.9 million in expenditures, $578.9 million will go toward instructional costs, $120.3 million to district operations and $17.9 million to central administration, according to the June 17 presentation.

Included in that amount is $24.9 million in compensation increases for all eligible FBISD employees. The 86th Texas Legislature passed House Bill 3, which mandated raises for teachers, librarians, counselors and nurses. To comply with the bill, FBISD is allotting a 47.5% revenue increase for salaries, though only 30% was required by HB 3.

“I don’t see this as the big reform that everyone expected,” trustee Kristin Tassin said during the discussion.

Though the school district delivered a 2019-20 budget that meets requirements, FBISD Chief Financial Officer Steve Bassett said the district will need more revenue beginning in 2020-21, and he said he fully anticipates calling a tax ratification election, or TRE.

“We have enough money for this year but to move the ball forward and stay competitive in 2021, the only way I see that being done is through a TRE,” Bassett said.

In addition to passing the budget, the board authorized Superintendent Charles Dupre to consider the purchase of 20 acres of land near Elkins High School for a potential future campus.