The Texas ALICE Report released by United Way of Greater Houston in partnership with United Way of Texas surveyed 230,121 households in Fort Bend County in 2016. ALICE stands for Asset Limited, Income Constrained, Employed. ALICE households are considered to live above the federal poverty line, but struggle to pay for necessities such as housing, child care, food, transportation, health care, clothing and technology.

The study found 22 percent of Fort Bend County homes were ALICE households, and 8 percent lived at or below the federal poverty level.

In Fort Bend County, report data shows that average monthly expenses are about $5,000, or $61,000 per year, for a family of four with two young children.

“We don’t look at income, but rather have the person show us what they brought in, that they expended it and now can’t pay their water bill or rent,” she said. “You could have a really good job today and lose it tomorrow. That is the kind of emergency crisis we see.”

She said some of it was related to residents impacted by Hurricane Harvey, but not all. Like Fort Bend County’s Department of Health and Human Services, the ministry only helps people through an emergency, offering food pantry and financial assistance programs.

Though Fort Bend is considered a wealthy county—the median household income is $90,680, according to the report—there are pockets of poverty, and that will continue to grow as the county’s population grows, Reynolds said.

The Texas ALICE Report data also drills down to the city level:

Meanwhile, in the four-county area served by United Way of Greater Houston—Harris, Fort Bend, Montgomery and Waller counties—27 percent of the population is an ALICE.

The United Way expects to update this report every two years.
SHARE THIS STORY

The declaration was initially signed March 12 and was extended twice by Commissioners Court.

This estimate comes from University of Texas modeling. 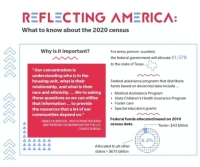 Complete counts matter because the census data determines state and local funding for many community programs.