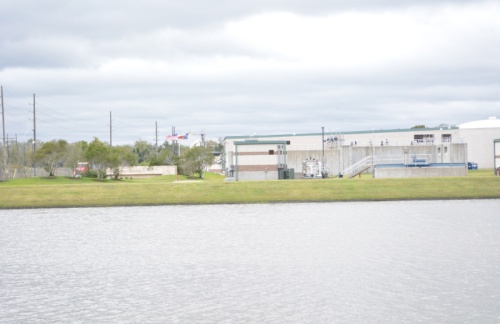 *Editor's Note: This story was updated to include correct information about where Fort Bend County receives its drinking water. Drinking water in Fort Bend originates from the Gulf Coast Aquifer, particularly the Chicot and Evangeline aquifers, as well as surface water from Lake Houston. Additionally, the story has been clarified to state that unsustainable groundwater pumping can result in subsidence.

“Water is going to be the next precious commodity,” he said. “The Texas Water Development Board is pushing hard to conserve and have reuse strategies, like reusing wastewater. Technology is making that easier, and it is one of our main strategies.”

This expansion, expected to begin in 2019, will double the amount of potable water produced to 20 million gallons per day. A future third phase will produce up to 33 million gallons of drinking water per day by 2030.

During the process of producing that water, between 500,000-1 million gallons per day of wastewater is generated, Kumar said.

Surface water is water that collects in rivers, lakes and oceans. The shift to use more surface water instead of groundwater—water held underground in soil or rocks—is one of several strategies Missouri City is taking as it continues to attract more people to live in the area.

Missouri City partnered with 40 other government and private groups on the plant, which became operational in 2012. It takes 10 million gallons per day of surface water from the Brazos River and treats it to produce potable, or drinking, water.

Typically treated water is stored in large tanks to be distributed to municipal utility district water plants around the city. Wastewater is treated to remove solids and returned to ditches or waterways.

After the expansion, two million gallons of wastewater will be generated per day. Missouri City plans to take some of that and reuse it for purposes such as filling lakes and irrigating medians, soccer fields, and other common areas to conserve water.

Enprotec/Hibbs & Todd Inc., the city’s consultant and project designer, will begin the construction bid process before the end of the year.

The expansion is estimated to cost the city $20 million.  According to city officials, all costs for the surface water treatment plant, including original construction, expansion and operations are paid for by the pumpage fee charged to all members of the city’s Groundwater Reduction Plan. The pumpage fee is $1.72 per 1,000 gallons of groundwater pumped for non-converted municipal utility districts and $2.20 per 1,000 gallons for converted MUDs.

“Just the commercial credits could take us to a couple of years,” he said.

Of the 5 billion gallons about half is used for irrigation, Missouri City Utilities Manager Dan McGraw said.

The Fort Bend Subsidence District, created by the Texas Legislature in 1989, determines how much groundwater can be used. Subsidence is the gradual caving in or sinking of land resulting from the continual extraction of groundwater due to increased water needs.

The district restricts the amount of water municipalities can get from groundwater—no more than 70 percent, while the other 30 percent must come from surface water and other strategies. By 2025 that rule is going to increase to 60 percent of alternative-use source water, Kumar said.

“Last year, we were using 42 percent of surface water,” Kumar said. “We want to meet the regulatory criteria because that is for the public health and welfare perspective, but we also wanted to be good stewards.”

Missouri City purchases surface water from the Gulf Coast Water Authority, which has water rights for the Brazos River.

In addition to the plant expansion, the city is focusing on irrigation and system operations, such as rain sensors, so that there are less instances of sprinklers running during rain.

“Most likely that is drinkable water that we should not throw away,” McGraw said. “The goal is to get all of our activity-type waters, irrigation and lake water from reuse.”

McGraw is testing a microfiltration system that treats the wastewater to produce “Type I” water that is suitable for human contact. The “cloth fiber filter” treats the water by removing about 95 percent of the fine solids.

“The plant uses the latest and greatest technology,” said Jordan Hibbs, associate vice president of Enprotec/Hibbs & Todd. “The technology drastically reduces treatment for settling and doesn’t allow as much backwashing as with other filters.”

Once the testing process is completed in the coming months, a permanent reuse filter will be installed by 2020.

Rain “recharges” aquifers, and water either permeates the ground or runs off into the ocean. It is a myth, however, that higher rainfall helps. Instead, unsustainable groundwater pumping can result in subsidence.

The Texas Water Development Board estimates that it will cost about $10.8 billion for the Greater Houston area, designated “Region H,” to meet the future demand. Houston has already converted to 70 percent surface water and 30 percent groundwater, she said.

In Fort Bend, water board estimates show a possible shortage by 2060, Paciorek said. Estimates show by 2070 the county will need to identify about 150,000 acre-feet of extra water per year to stave off a potential water shortage.

“To put that into perspective, Lake Houston [15 miles north of Houston] is about 146,769 acre-feet, so Fort Bend would need a Lake Houston-amount of extra water,” she said.

Conservation typically saves 10 cents per 1,000 gallons, Paciorek said, and for Fort Bend that could mean about $400 million in capital investment savings.

Surface water is used more heavily in the newer sections of Missouri City, including the south and southeast portions, while the northern portion uses more groundwater, Kumar said.

“The more water you pump, you have to pay for that,” he said. “Whether people like it or not, that is the way it is. Water is only going to get more expensive.”

An average household using 8,000 gallons per month pays a monthly GRP fee of $18, according to the city.

Over the past six months Butzke’s bills averaged about $60 per month, which he thinks is cheap compared to other areas of Fort Bend County where residents pay hundreds of dollars per month.

Meanwhile the city, working with Enprotec/Hibbs & Todd, is studying a possible consolidation of the city’s 14 water and wastewater plants to further conserve water and cost to taxpayers. Kumar expects to present recommendations to the City Council in 2019.

“Our job is to produce the best quality water at the cheapest price,” Kumar said. “That is something really take pride in, and the benefits are passed on to the residents.”