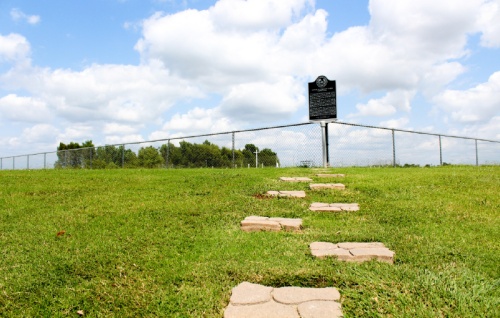 A Sugar Land task force charged with discussing the reinterment of the human remains of 95 bodies found on the Fort Bend ISD James Reese Career and Technical Center construction site voted 19-1 last week to present to City Council a formal recommendation to rebury the bodies where they were found, if possible.

“I think, in my opinion, it’s fantastic that we actually have a cemetery there already, and to me it makes a lot of sense to have this burial site there,” said Himesh Gandhi, at large Position 1 council member.

Andrea Collins, a Missouri City resident who serves on the task force, said during public comment at the City Council meeting Tuesday she agreed with the vast majority of the group that voted to rebury the remains where they were found out of respect.

“I strongly believe that all of our voices should be heard and taken seriously,” Collins said. “At our previous meeting, I felt like a decision had already been made. It was very disconcerting because I spent a lot of time away from my family and my jobs to do research and work on this task force. I really feel like it’s important to respect the vote that was made last week.”

“I think we’ve arrived at—even though it’s a compromise—the best outcome,” Sugar Land Mayor Joe Zimmerman said. “I believe it to be respectful. … There was no predetermined outcome. This interlocal agreement that we entered into tonight gives Fort Bend ISD the ability, not the requirement, to reinter those bodies at that site.

Council and FBISD officials who attended the meeting agreed that the Old Imperial Prison Farm Cemetery would be the best final resting place for the victims of the convict leasing system.

“We understand that some of the members of the task force prefer to reinter the bodies at the James Reese Center on Fort Bend ISD’s site,” FBISD board President Jason Burdine said on behalf of the board of trustees during the council meeting. “However, as a public school district we are charged with educating children, and the feasibility of becoming a perpetual care organization is beyond our expertise and our means. We believe that the appropriate reburial location is the adjacent Old Imperial Prison Farm Cemetery as the site has shared a history as it was part of a larger property used as a camp with the individuals.”

Burdine also said the district is committed to preserving the dignity of the bodies found and honoring them with a proper burial.

Per the interlocal agreement, FBISD is charged with seeking approval from the Texas Historical Commission to allow DNA testing; identifying a curation facility to assume custody of genetic material collected; submitting a petition to the court for removal and reburial; covering costs associated with new burial vessels, transportation, interment and security; procuring and placing temporary markers at each grave; and reaching a funding agreement with a nonprofit organization to raise funds for memorial features, Assistant City Manager Doug Brinkley said.

The task force will continue meeting to discuss reinterment going forward. The next meeting will be held Nov. 7 at 6 p.m. at City Hall, 2700 N. Town Center Blvd., Sugar Land.

“The work of the task force, I would say, is still just beginning,” Brinkley said.